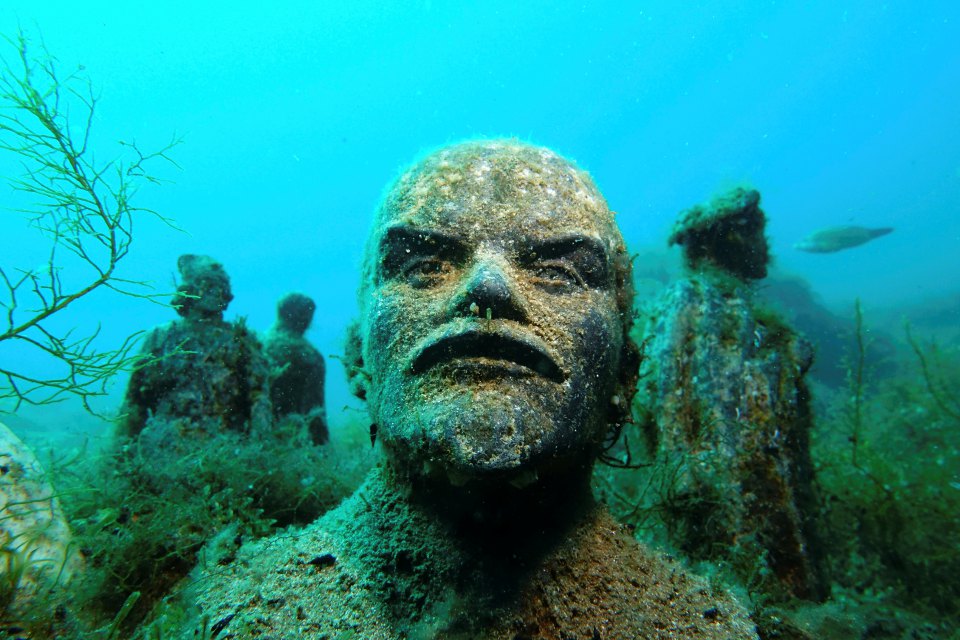 At Cape Tarhankut in Crimea, a hundred meters from the shore, there is an unusual museum – an underwater analogue of Moscow “Muzeon”. In 1992, a diver Vladimir Borumensky found at a depth of 12-15 meters the first sculptures of the Soviet leaders, that had already been dismantled in the Crimean cities and towns. Then busts of Lenin, Marx and Voroshilov settled here. Borumensky planed his venture in a big way and wanted to bring Mao, Mussolini, and Napoleon to the Soviet pantheon.

The Emperor has not appeared on the original Walk of Fame, but divers from all over Ukraine started to complement the collection of Soviet leaders. Today in the underwater Museum there are several dozens of exhibits, from Stalin and Dzerzhinsky to Gorky and Gagarin. There is a department of writers, there is Lenin leading the boy by the hand, and the other rare sculptures that do not fit in the traditional Soviet canon. 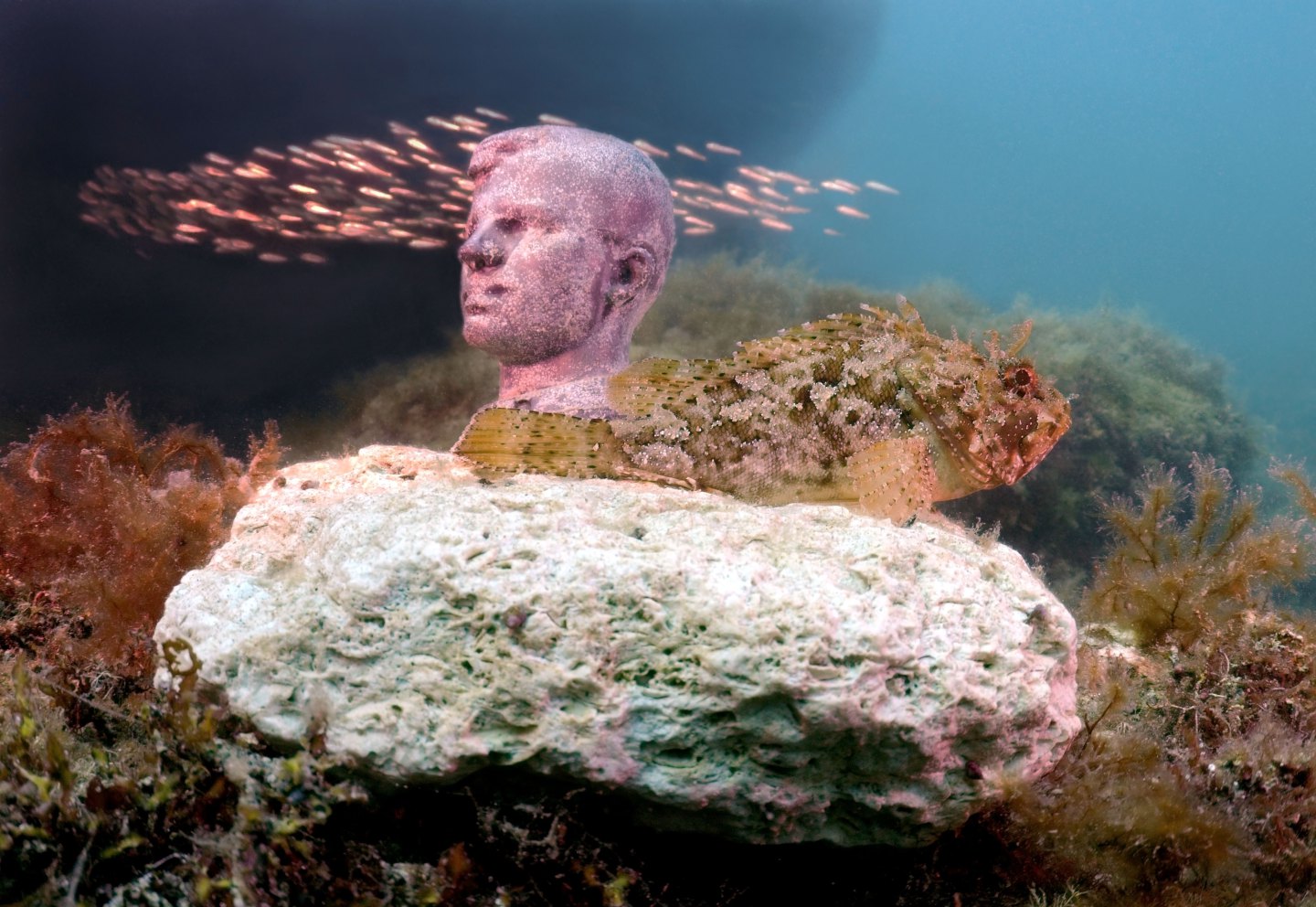 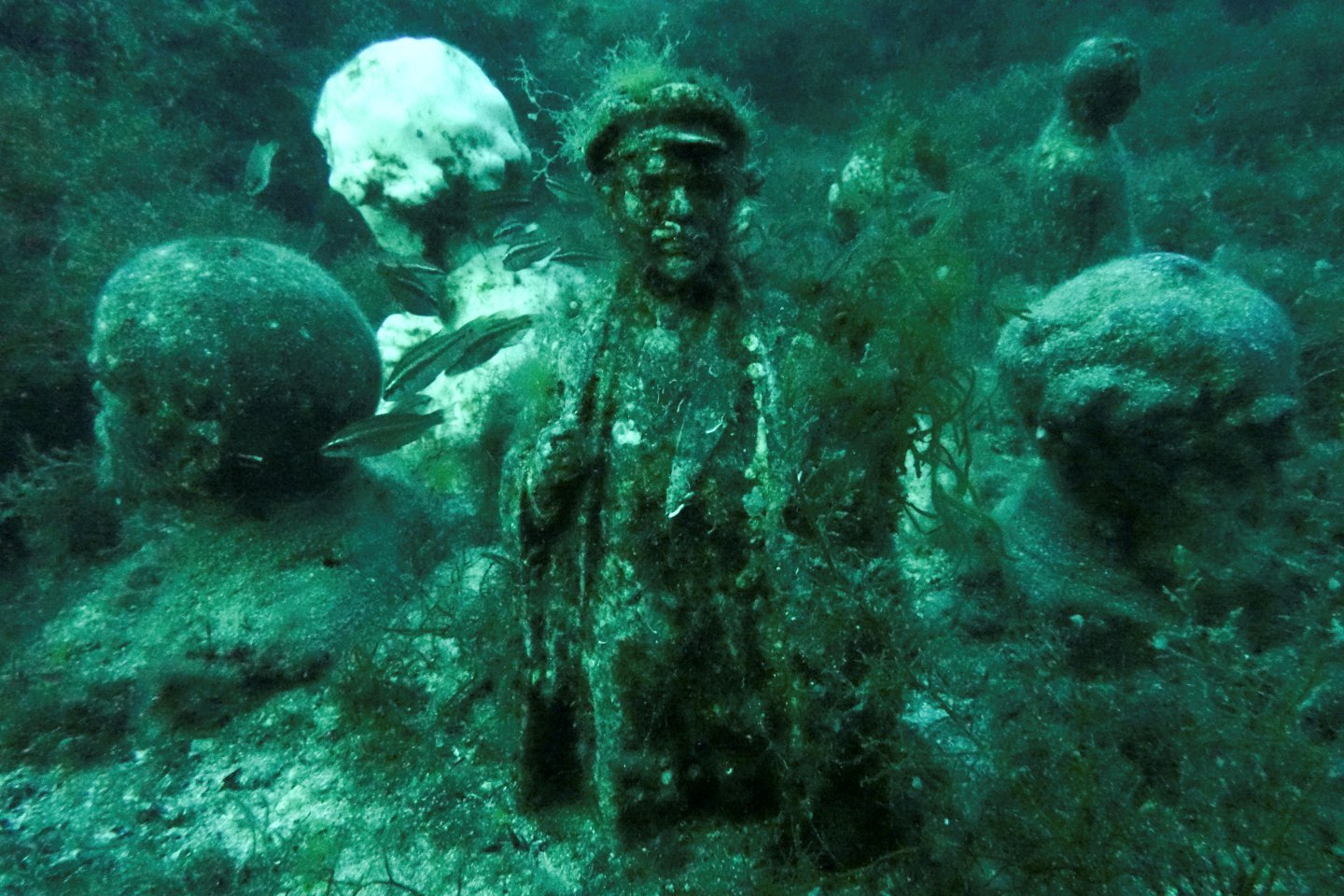 Stalin and some local fauna 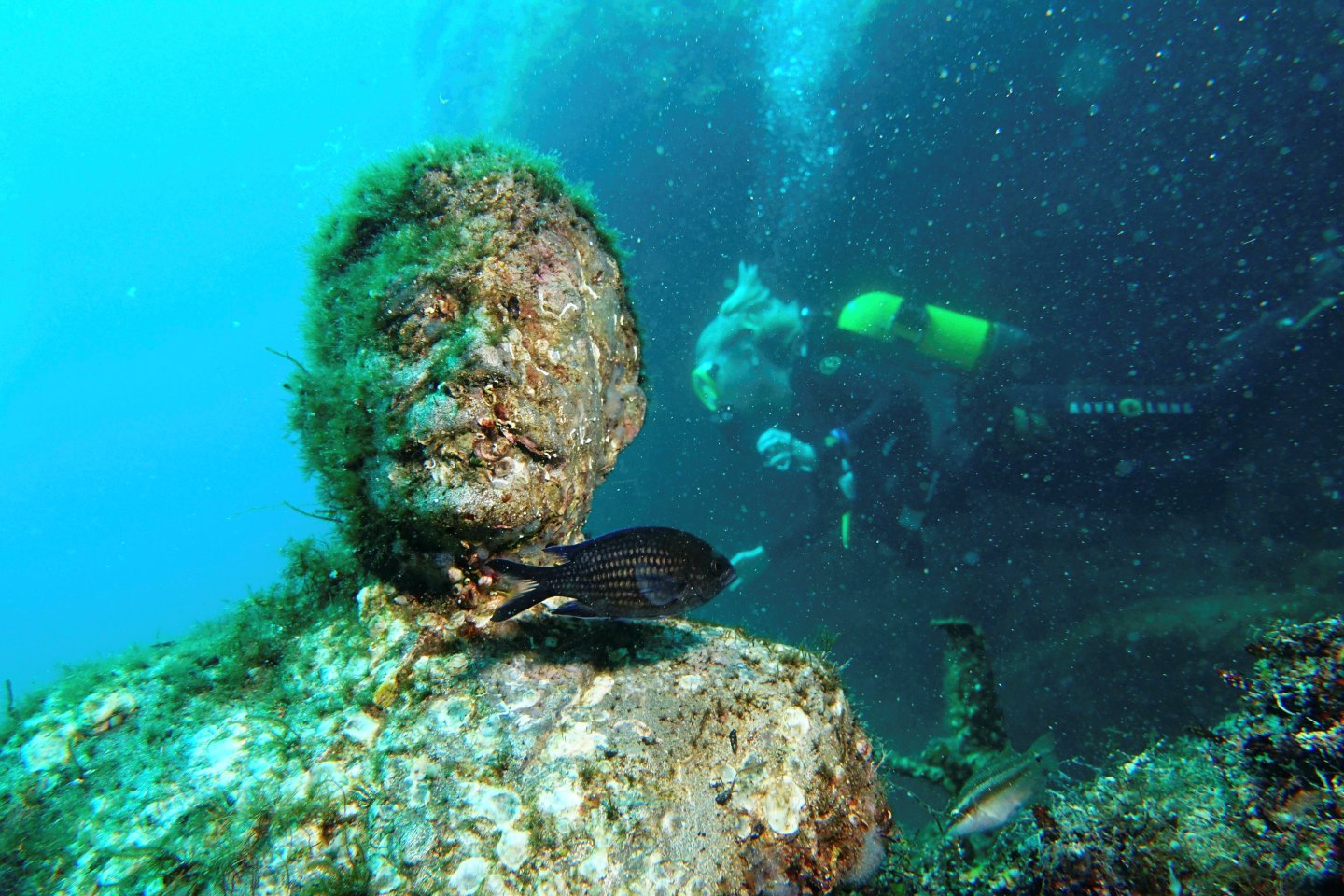 Yesenin. Classics of literature constitute a separate “room”, a little away from the Soviet celestials. 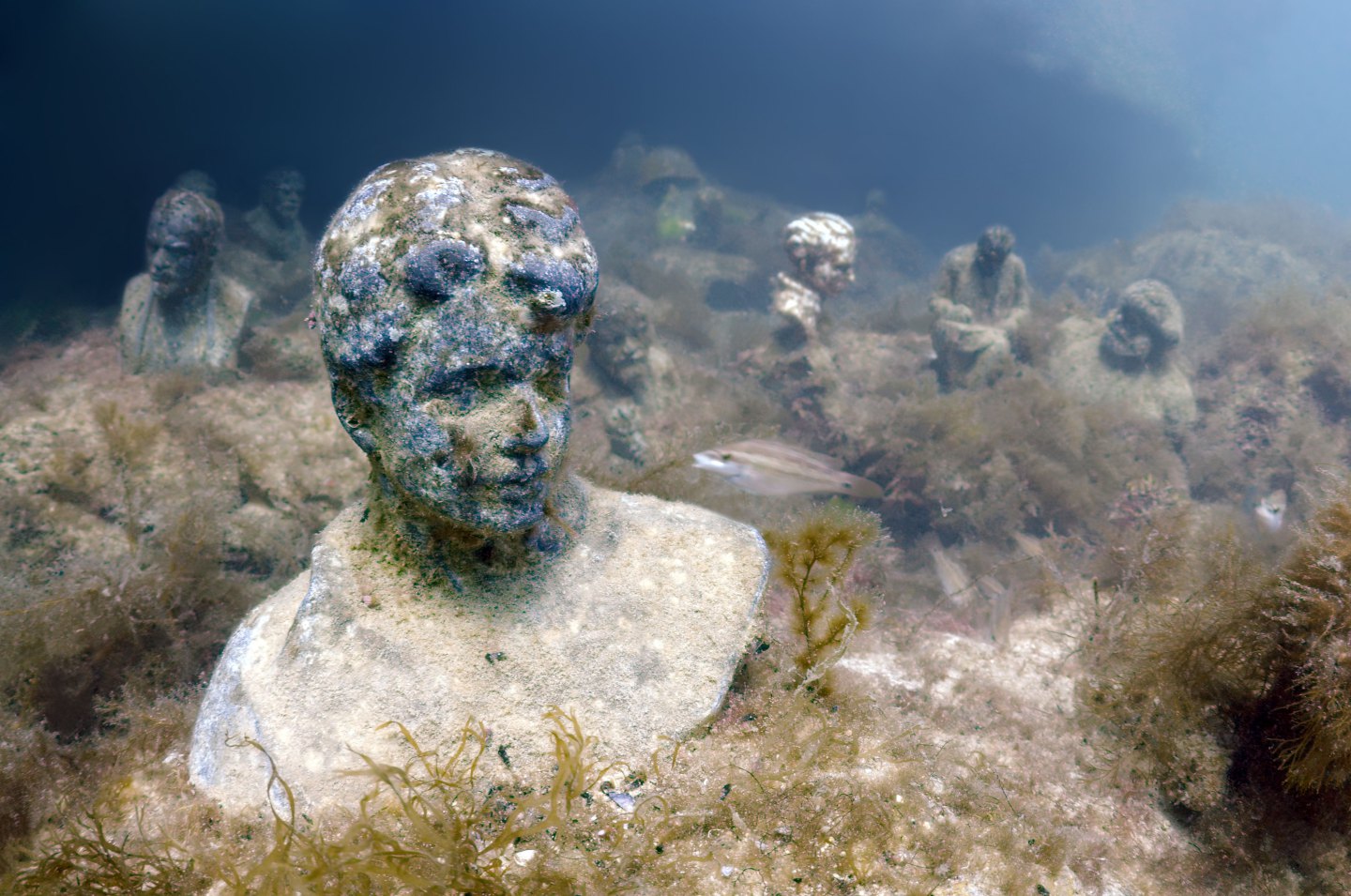 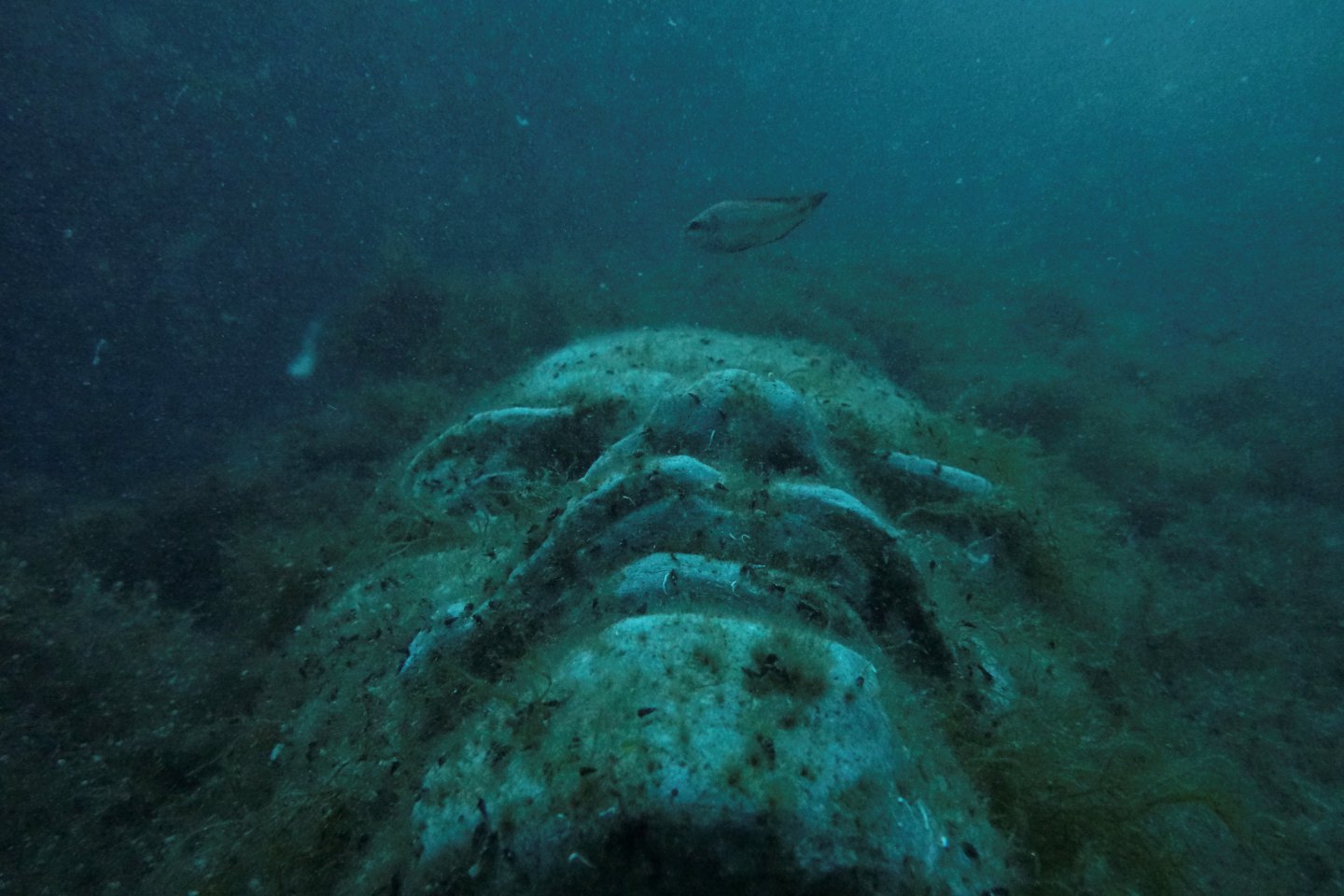 It is easy to notice, clearing busts of leaders from the irreverent algae and polyps happens not regularly. 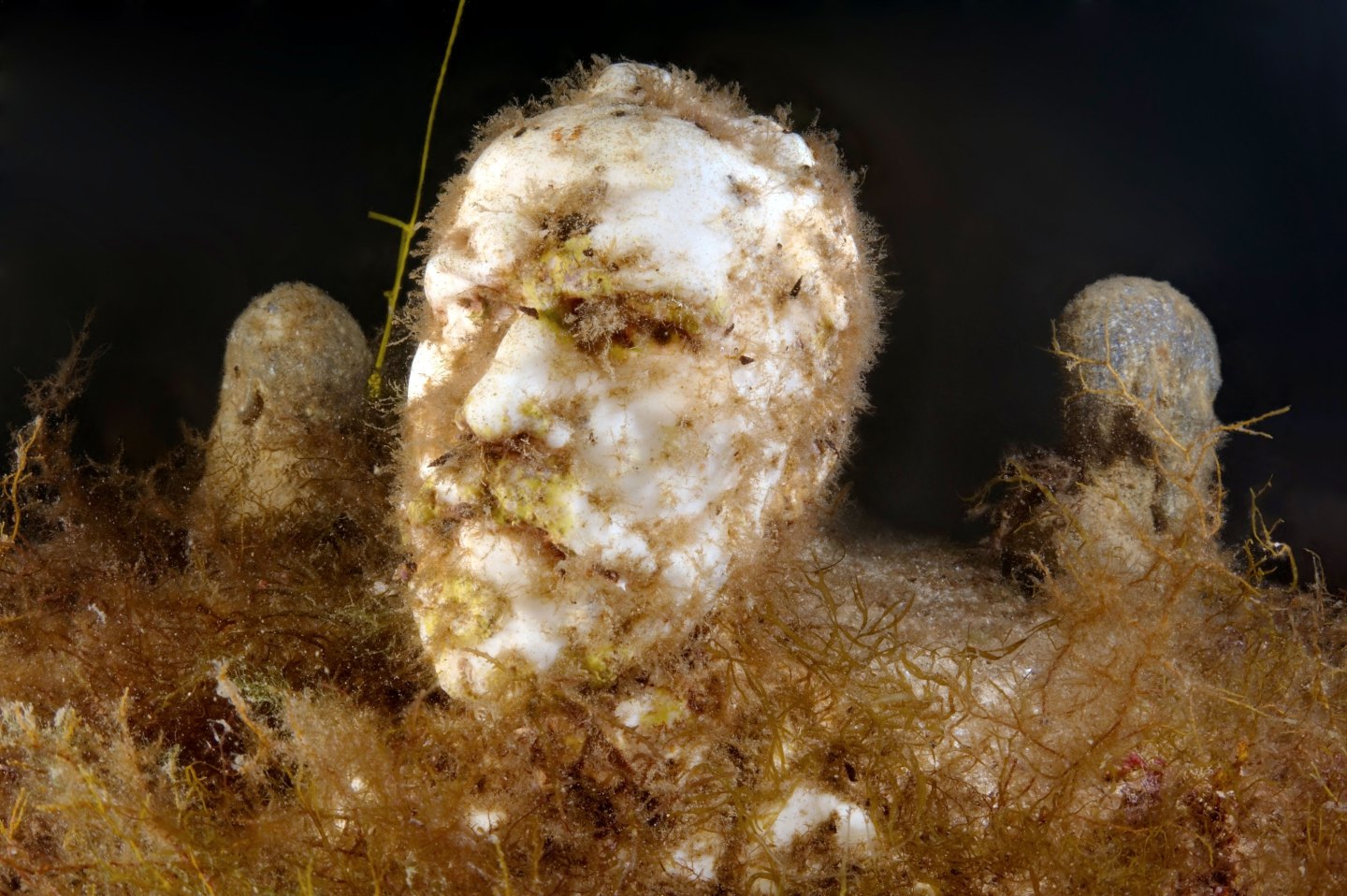 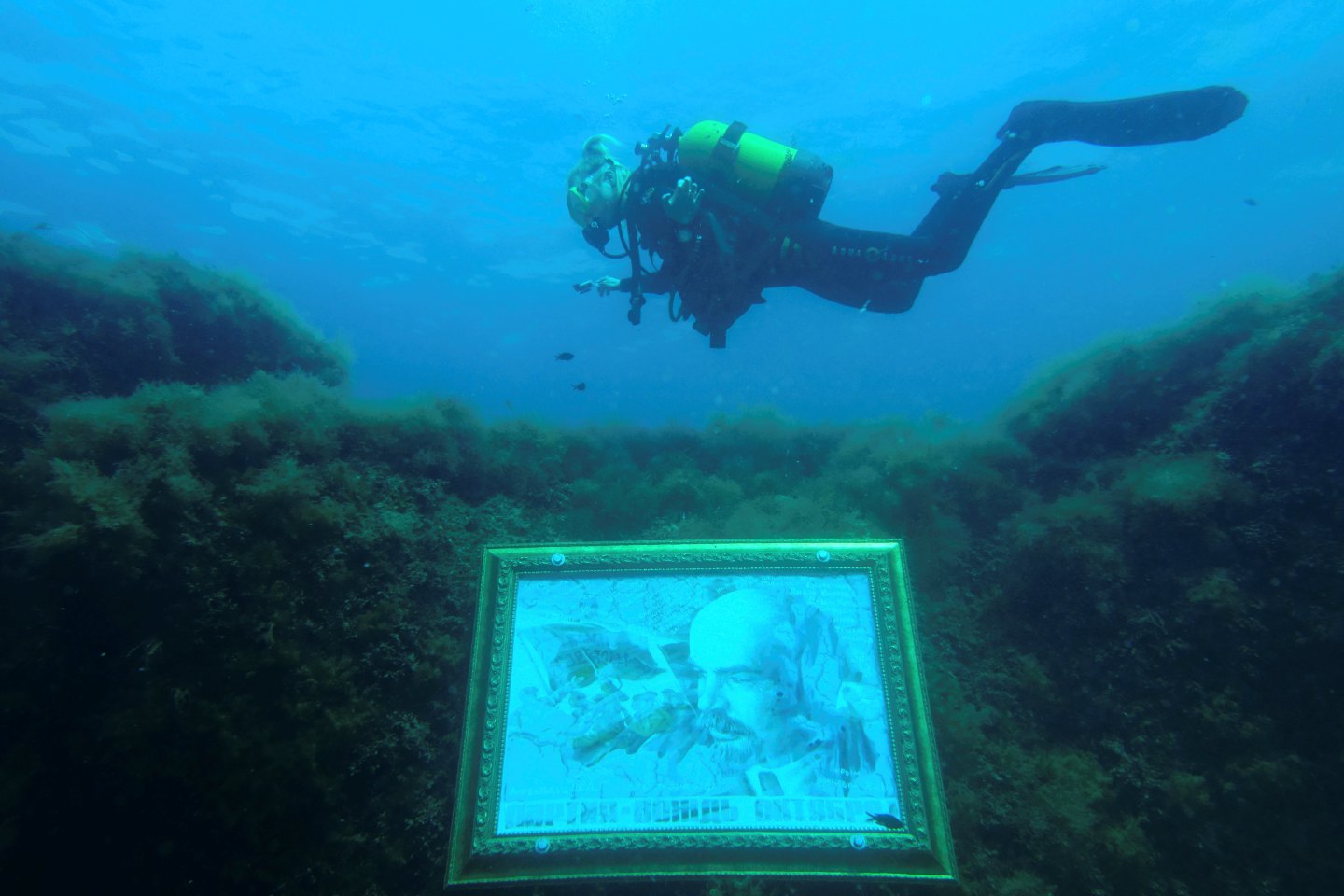 2 thoughts on “Underwater Leaders. What Is Lenin, Stalin and Dzerzhinsky Doing at the Bottom of the Black Sea?”