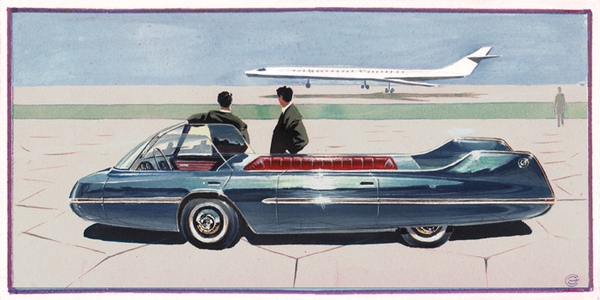 A Russian artist Eric Sabo deserves the title “classic of Soviet design” for the creation of the minibus “Youth”.

Actually, Mr.Sabo is the author of dozens of projects, many of which were translated into serial production. In 1957, Eric Sabo, a graduate of the Moscow School of Industrial Art (the famous “Stroganov”), was sent to the Likhachev plant. To check the “professional suitability”, the fellow had to update the appearance of the ZIS-110. The new full-face of an outdated limousine was so transformed, that a young talent immediately got a serious job. Few people know that the exteriors of ZIL-130 and ZIL-131 were created by Erik Sabo’s pencil and brush. For a couple of years before the first human spaceflight, Sabo “invented” the planetary rovers to study Venus! The full-size mock-up named “Alien Transport” starred in a famous film “Planet of Storms”. A top class car project became a real creative success for a young designer. The unique “Youth” in 1967 won the top prize at the Competition of buses in Nice. But Sabo at that time separated from ZIL. The reason for the dismissal was the pressure from the management of the plant: the artist had to make a copy passenger ZIL-111G from the American prototype. The car turned out not too original but it reflects the spirit of the age. His next place of work was the Special Art and Design Bureau. This organization was designed “to bring art into industry “, including an automotive one.
There Eric Sabo got acquainted with a talented artist Eduard Molchanov. This creative tandem proved to be extremely fruitful.

The orders followed one after another. The layout of the limousine amazed by its dynamism. Features of the Government car later appeared in the guise of ZIL-114. Catchy upgrade of ZIL-130, performed by Edward and Eric, was designed to refresh the image of a five-tonne car. Next and the longest stage of Sabo’s creative activity was connected to NAMI, where he headed the Industrial Design Sector. Design projects of front-wheel “Vasilek”, “two-volume” taxi cab or interior of BelAZ cab  outpaced possibilities of the industry, irritating the ministerial authorities. Renewal projects of LuAZ car and city buses were lucky a little more: years later they were brought it to life. 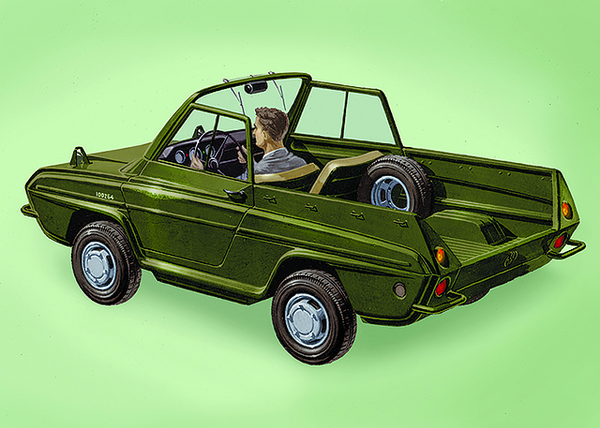 A Yerevan van and a heavy truck KrAZ-250 not only were on the conveyor, but also brought to its creator “The Certificate for industrial design.” Overall, Eric Sabo had ten copyright certificates on the exterior, interior and body elements of vehicles.

According to his design project, professionals from NAMI have created an experimental fiberglass minivan focused on production in Riga Eric Sabo often was forced to come off the drawing board and palette – his post of Deputy Chairman of the Art and Design in Minavtoprom Council demanded that.  He had to visit the manufacturing to reach a verdict, whether a represented product satisfies the requirements of aesthetics. Factory workers were afraid of Sabo’s visits: written with calligraphic handwriting phrase “Finalize and re-submit to the Council” often interrupted the presentation of new models. 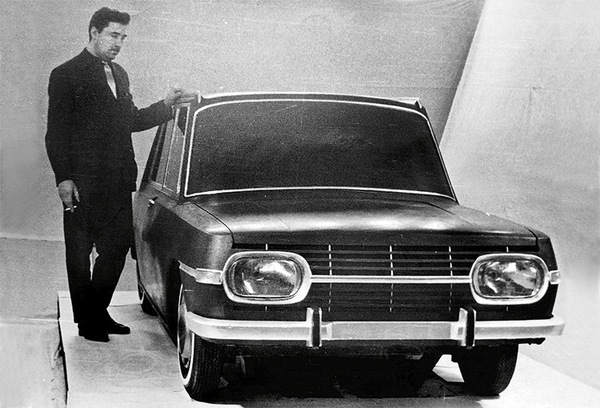 Passions ran high before the Moscow Olympics 1980: dozens of types of special vehicles for sports events were subjected to “artistic control.” Sabo personally painted scheme of the car for transportation of the Olympic flame. He even chose himself a paint in a Finnish catalog – a golden reflective color “reflex.” More than that, Sabo made his colleagues to love jazz. During the work, he included a VCR with recordings of Duke Ellington, Glenn Miller, Louis Armstrong. By the way, Sabo and himself played the accordion in his youth together with cult saxophonist Georgy Garanyan. Even today, in his 83, Eric Sabo often sits down at his synthesizer, to play a medley of his favorite tunes. 1993-2013 – teaches at the design Department of the Moscow automobile Institute (MAMI). 3 thoughts on “Eric Sabo and His Famous Car Projects”