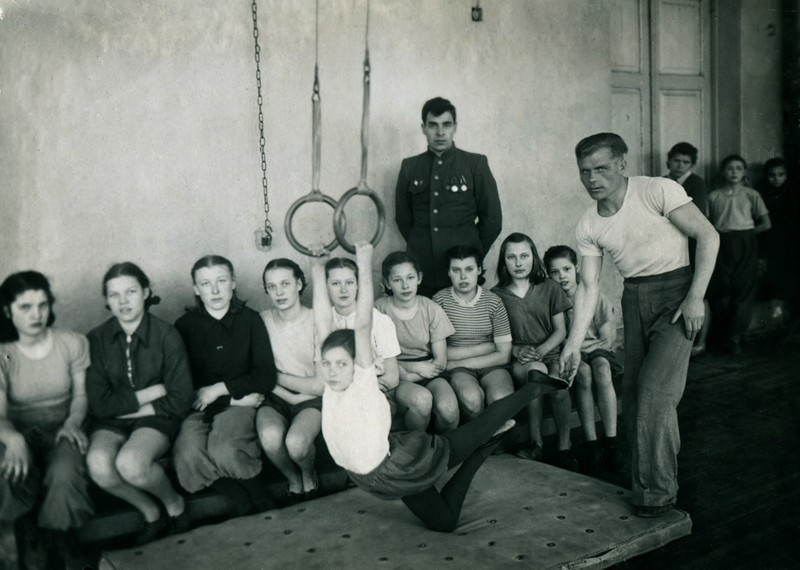 It is hard to imagine, but in the difficult post-war years, when half of the country lay in ruins, they found ways to give children more than just school education. They did not only find the way, but apparently, also attributed considerable importance to physical education. Below are reports of a couple of the post-war years (1946-1948). Note the intensity of events.Children’s Sports School, City Board of Education, Chelyabinsk, 1947 A Chelyabinsk team at the schoolchildren competitions. Novosibirsk. August 1946 Lining-up. Pay attention to the shoes: some are barefoot, and some wear felt boots. Treat for the participants. The main dish on the table is bread. If memory serves correctly, bread tickets were not yet abolished in 1947.