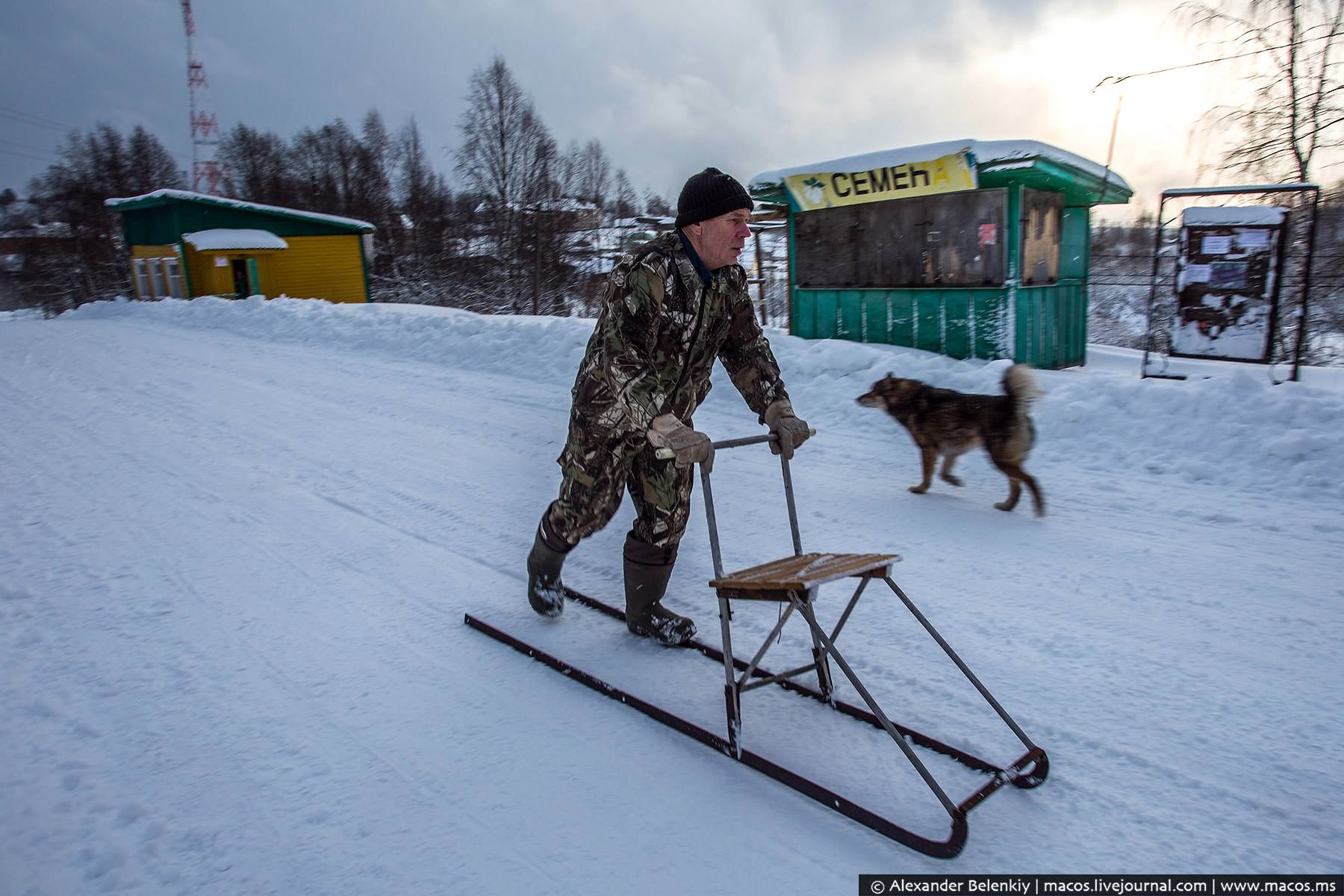 The advantage of tourists over local residents is that one sees everything in a new way, watching open-mouthed, another one indifferently passes by, they had seen it a hundred times.

Here is a village in Karelia, the Russian Finnish region, typical for the whole phenomena of the country, but still different. 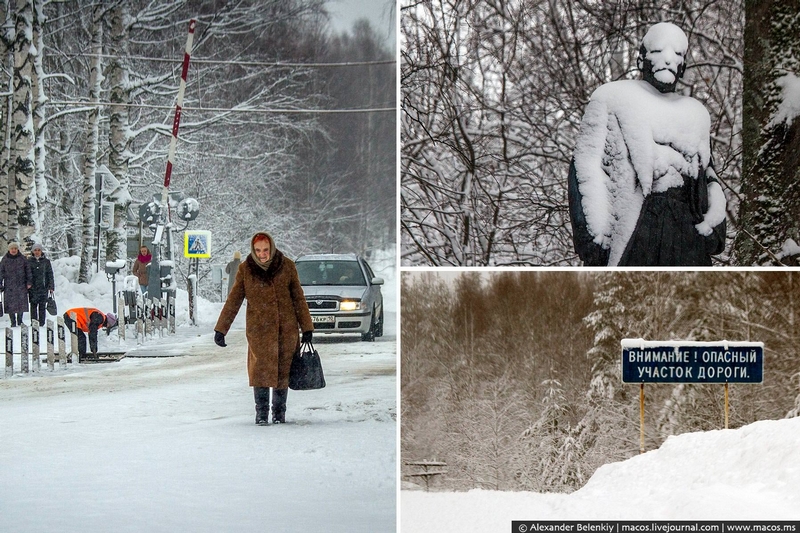 Fairy tale, a true fairy tale! I dislike winter but that’s because I live in a big city. Karelia is beautiful in snow. I did not cease to admire the beautiful roads. A lot of Finnish names, and it is clear why. Part of the modern territory of Karelia was Finland. The basic building material is wood, one can pass a hundred settlements and do not come across a single stone house. Old wood gives a special charm. There are abandoned villages. Only the chimney has remained, the rest on the house was made of wood. A small channel. A magical place! The sun light was not enough, it appeared only for a couple of hours for the whole trip. On the second day it was decided to definitely find a village where one can make a reportage about the Karelian life. There is no malls in villages where residents can buy fashion clothing and footwear. Where people get clothes in Russian villages, I was always curious. Because people need to buy new clothes, at least sometimes. Probably such cars carry mobile shops: one day they stay in one place, and then go further. X-Trail and felt boots (valenki) is an odd mixture. Here is a small blue house. It is one of the most important in the village. On the house there is a hanging plaque with a proud inscription “Liaison Office” in two languages. And in fact, it is not just a post office but a communication with the outside world. There people can subscribe to newspapers and magazines. It’s also a small shop with cans, powders and ceramic mugs. They sell postcards with views of the Republic. Usually, in any country of the world, postcards and stamps are sold in different places. Here the postie specifically ordered them because in summer there are many tourists, mostly Finns. Vedlozero is a nice village, not spoiled with new buildings, plastic windows. The houses are old but tidy, people care about them. There are still places where neighbors trust each other and do not see enemies in everyone. Love this good Russia. There are a lot of troubles with a public transport. Residents skillfully emerge from the situation. One can reach the neighboring villages on skis. Or use such unusual sled. They say they are from Finland. Five kilometres from Vedlozera there is another village, Kinerma. It is called the oldest in local places, houses are very different from the previously seen. In general, this is a museum and a tourist attraction, but still a bit more than five people live in the village. We met Aina who takes care of the museum. She lives with her husband and son-schoolboy, they moved from the city and live in the house of her mother. We came to visit and had a treat — pies with cranberries and traditional Karelian pies kalitki made of unleavened dough and potato. On the way back to civilization, we met the boy enthusiastically skiing through the forest to Kinerma. Certainly, it was this woman’s son hurrying on the hot meal with tasty kalitki. Indeed, the trip was successful and now think to go back to Karelia and explore it better, especially the most remote corners. Because they are always the most interesting, isn’t it?..