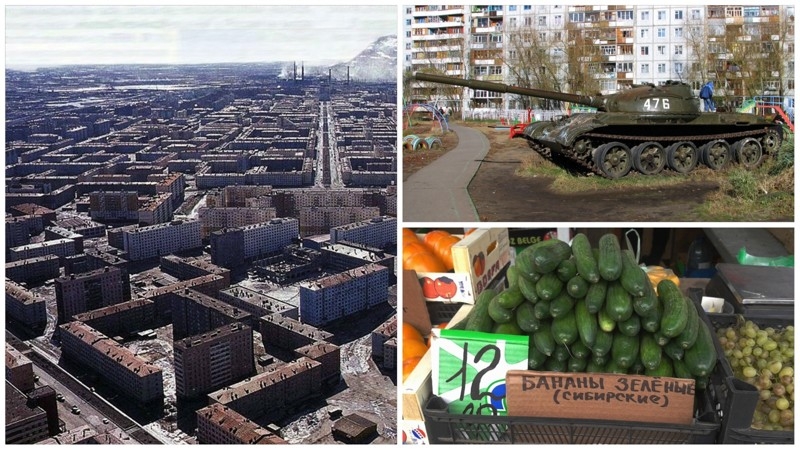 Everyone has certainly heard at least once that foreigners believe the Russian are very harsh people because, in their opinion, the Russian smile little. Well, the residents of Russia have a reason for this.

What smile can we talk about when you grow up in such harsh environment since childhood? There are tanks in the street, next to the slides and swings… …and sometimes there are planes. If normal toys suddenly appear, they look like this. That’s for serious. However, adults then have exactly the same problem. Ask an American between this and then whether he would smile a lot if his staircase looked like this 9 months a year? And if he had to get to work every day not in the personal SUV, but on a bus, would he also be light with a smile? Particularly together with a Russian bear. Generally, the transportation in Russia is poor. Vehicles work only with the pusher. This applies not only to cars. Unsmiling Russians also push taxi buses… How can you smile when even bananas in Russia are not bright yellow but harsh, green and with pimples? When one phone is the only communication facility in the village. When you have to invent the entertainment for yourself. When even the brides here are more severe than the grooms. By the way, Russia is also the most severe country in terms of roads. And it’s not just about driversmotorists. Pedestrians also get used to surviving since childhood. Even bourgeois coke here is involved exclusively in our own promotions. 10 thoughts on “Reasons why Russians do not smile”