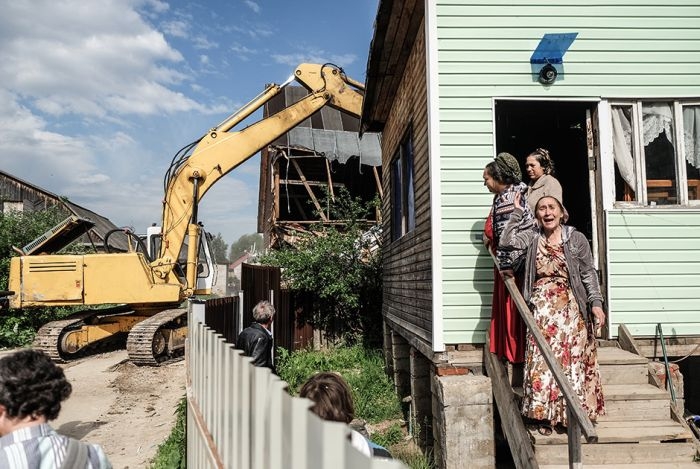 Despite mass protests the police were not going to back off. They got an order to destroy the village. The Gypsy population tried to used their most valued religious artifacts to stop the police but it didn’t help. See the photos here.