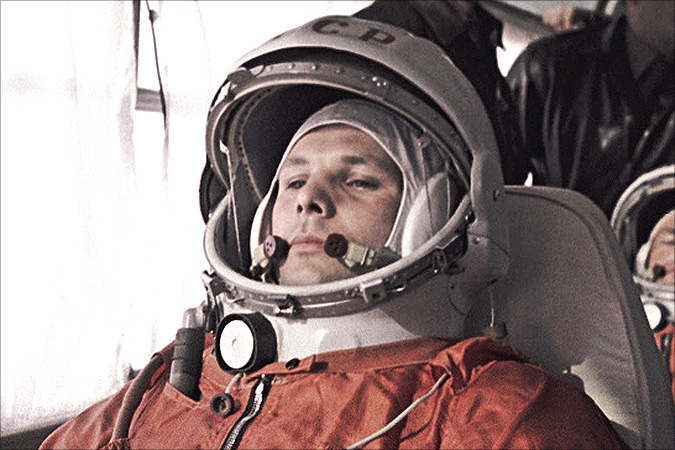 Russian blogger and photographer Marina was wondering on Yuri Gagarin’s helmet  – why on some photos it has CCCP (USSR) sign on it and some photos show just white helmet with no letters or whatsoever. Was the sign was “photoshopped” later? Were the photos doctored by Russian mass media? She went to the museum to find out the truth and this is what she got! In reality the helmet bears the (CCCP) USSR sign on it. However it was not always there! Yuri Gagarin really had no signs on his helmet initially. Even on the day he was planned to go to become the first man in space – he had no red letters CCCP on his helmet. When he went on a bus to board a rocket someone noticed “Look, he doesn’t have anything telling he is from our country!” and then one officer who was on board of the same bus took some marker and wrote USSR by hand on Gagarin’s helmet.

So this is how it appeared. And in Museum she saw that helmet, with a handwritten CCCP on it. Hope you liked the story! Thanks to Marina, her website is here: