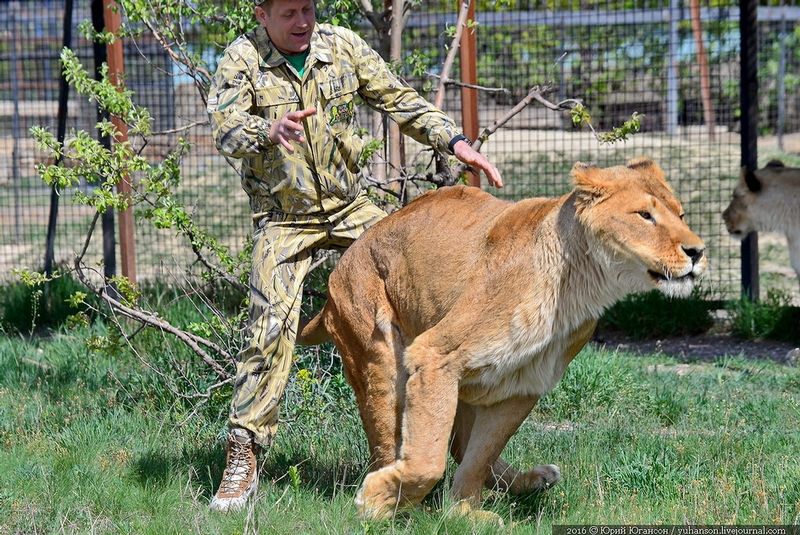 Well, not totally into the wild. Let’s first tell a few facts about this place. Taigan is a lion park in Crimea. Over fifty lions live there, making it the biggest lion park in Europe.  In winter lions stay in warm houses because its cold outside and snow is not a rare thing in Crimea. But in spring all those fifty African lions are being released into a “wilderness” – fifty hectares (123 acres) of Crimean land. Let’s see inside, thanks to Crimean photographer YUry Ugans:

Lions there roam absolutely free, like they do in safari parks in African countries. Visitors have  a few protected bridges from where they can watch the animals, but in general nobody forces animals to obey – they go around absolutely free. A few days ago they were released out of their winter “hotel”. Yuri says that male lions started attacking each other in an instant in order to fight for territory. He says he was happy as never that the place has metal fences. 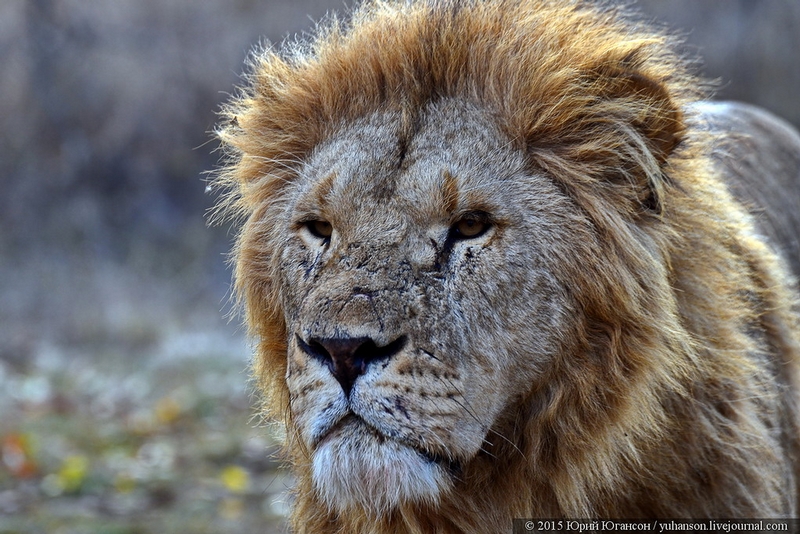 This place has unique white lions from South Africa, unique to ex-Soviet zoos and parks. Hope you liked the story and might want to visit it next time you are in Crimea.
By the way here is a website of the photographer: