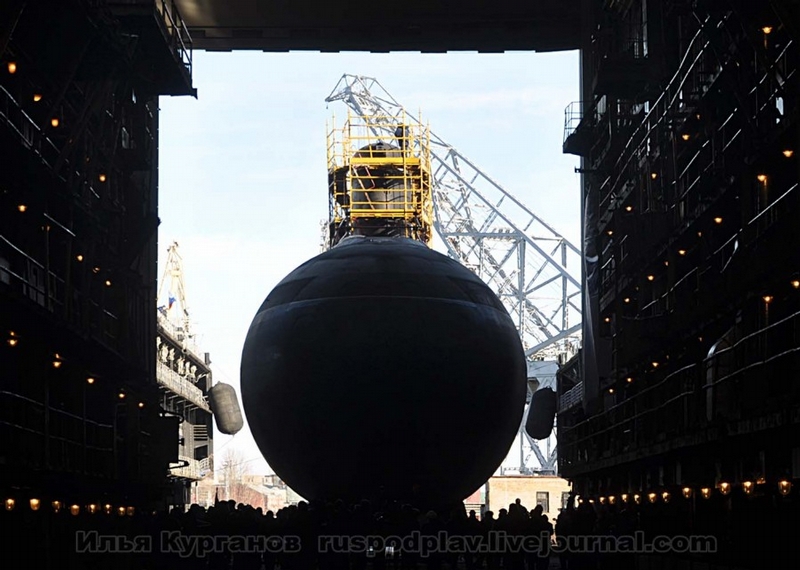 On March 18th 2016, in anticipation of the 110th anniversary of the Russian Submarine Forces formation, they launched big submarine B-268 “Great Novgorod” of project 636.3, intended for the Black Sea Fleet.

It is the fifth submarine in the series of the project that began to be realized in October 2014 to make the Black Sea Fleet stronger. All six submarines of the series are named after the “Cities of Military Glory”. The body of the final submarine of the series, B-271 “Kolpino”, was standing next to “Veliky Novgorod”, the submarine is going to be launched in May 2016. 6 thoughts on “Launch of the New Black Sea Fleet Submarine”