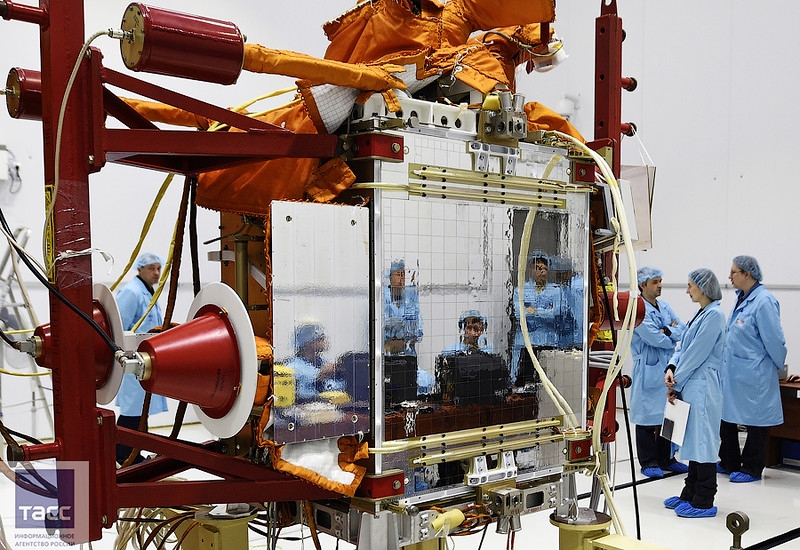 There are over 500 buildings and structures on the 700 km2 territory of cosmodrome “Vostochny”. Space objects are mainly located in two areas – technical and lauch complexes. The area of the technical complex is comparable with ten football fields! Today we are going to visit an assembly and testing facility of the cosmodrome.

Last year they received a highly valuable space cargo – carrier rocket “Soyuz-2.1a”. The cosmdrome railway is connected with Trans-Siberian line – the rocket was loaded on the platform in Samara and delivered directly to the technical complex of “Vostochny”.

We are going to overcome the same way as that rocket did. Not on railway though, but on highway – one of the best in the region. Total length of roads at the cosmodrome is 115 km.

The technical complex from afar. There they test spacecrafts and carrier rockets. The interior is finished, all necessary systems are mounted and sucessfully tested. Assembky and testing facility for spaceships consists of administration and assembly-testing areas, on total territory of 8640 km2 they have 750 premises for different purposes. Those premises are provided with telephone and local area networks, structural cable system. At the technical complex the rocket will be assembled, connected with a space craft and upper stage and put on rails to be delivered to the launch pad located 4,5 km away. Satellites, designed in cooperation with students, will deliver data of science experiments to the Earth. Working with a nose fairing of the rocket carrier “Soyuz”. Scientific spacecraft “Mikhailo Lomonosov” has been delivered to the assembly and testing complex of the cosmodrome “Vostochny” early in March. “Spacecraft Mikhailo Lomonosov”, the object is activated”. Now it is undergoing assembly and pre-flight testing. Besides, the spacecraft will let us know the space source of the super powerful energy clusters coming to the Earth. The weight of the device is 625 kilograms. The main developer of the satellite scientific program is the research institute of nuclear physics of the Moscow State University. They have been working to create the device for six years. Now the spacecraft is kept in the assembly and testing facility protected from dust. Unique transborder gallery (no analogs in the world) unites two facilities of the complex. It is convenient to transport rockets and crafts from one facility to another by transborders – platforms with farms that move on rails. Each has a lifting capacity of 120 tons. It makes the process of assembly faster and more safe as this type of transportation is shockproof.

Thanks to smitsmitty for the images and the story!

1 thought on “Inside of Russian Newest Spaceport: Cosmodrome Vostochny”