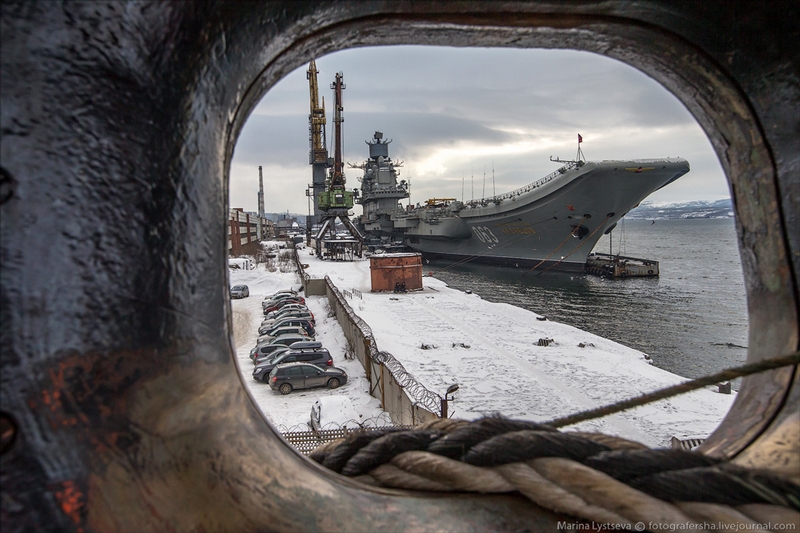 Russian aircraft carrier “Admiral Kuznetsov” is on repairs now in the port of Murmansk before going to Mideterrean and Syria this summer. Marina, the blogger went up close to the giant boat to make some awesome shots, and here they are! This is the biggest Russian ship now and it is the only vertical launch aircraft carrier in modern Russia. It can carry 26 jets and 24 helicopters. This ship never participated in real war. At least as of now.

Thanks to Marina for the photos her website is below: