Such a phenomenon can be seen each year in the bay of Balaklava under Sevastopol: all its water area gets filled with jellyfish.

Boats, ships, expensive yachts stand in the white jelly mess squishing under the feet of people walking by.

According to scientists this phenomenon occurs due to wind currents and population inflow – jellyfish accumulates in the water area of the Balaklava bay like in a sack.

Another side factor is high temperature of both the air (to +20C) and the water (to +14C) in this period. 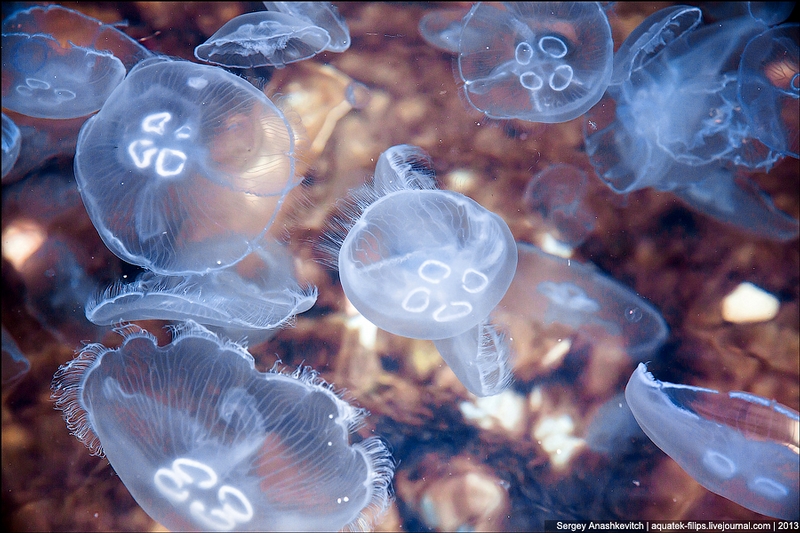 Thanks to aquatek-filips for the photos!

6 thoughts on “The Bay Invaded by Jellyfish”