The legendary river Nemiga is hidden under central streets of Minsk, Belarus. The first description of the river is dated 1985, its first photos appeared in the Internet in 2001. But today the web is flooded with its images, as more and more people dare to come down under the ground for makingtheir own photo reports.

Such tour is not safe, especially when it may start raining. Some people have already died in manifolds of Kiev in rainy weather due to heavy flooding.

The images of voolchitza are the most “honest”, without abundant effects and filters. They reveal the true atmosphere of the Nemiga and the Soviet time manifold. 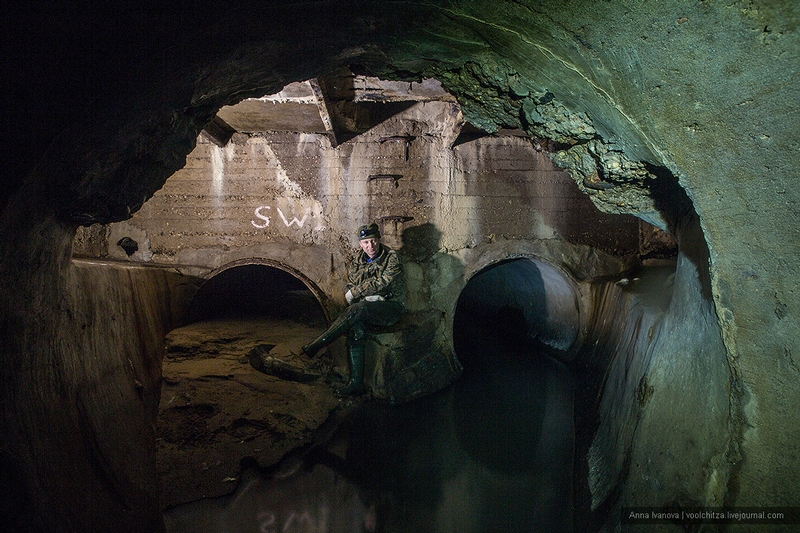