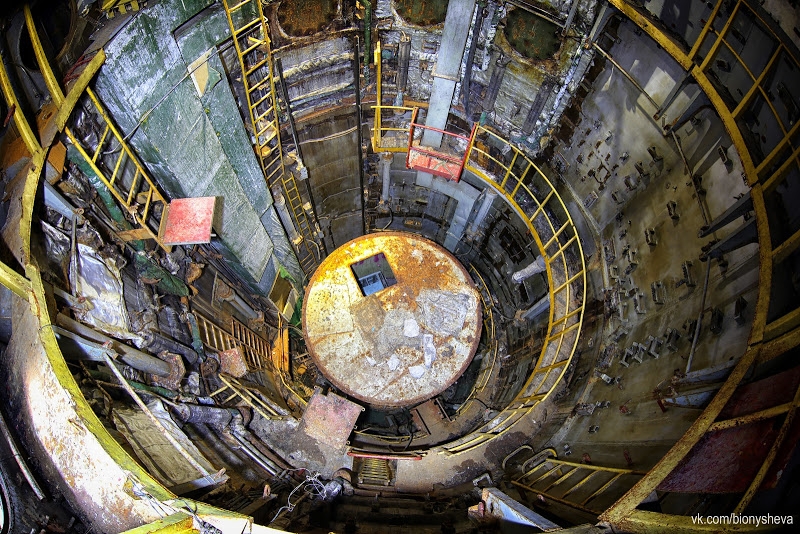 Blogger samozvanka_0 with her friends have been to the Kaluga region of Russia to see narrowly known abandoned unified command posts located forty kilometers one from another.

In fact a unified command post represents a metal twelve-level container with height 33m, diameter 3,3m, weight 125 tons. It is suspended by means of the shock absorprion system in the standard missile pit.

Each level accomodated its own specific equipment. The upper one served as a recreation zone for personnel.

System “Perimeter” was the complex for automatic control of a massive nuclear retaliation. It was created in the Soviet time at the height of the Cold War. 2 thoughts on “They Were Ready with Massive Nuclear Retaliation”