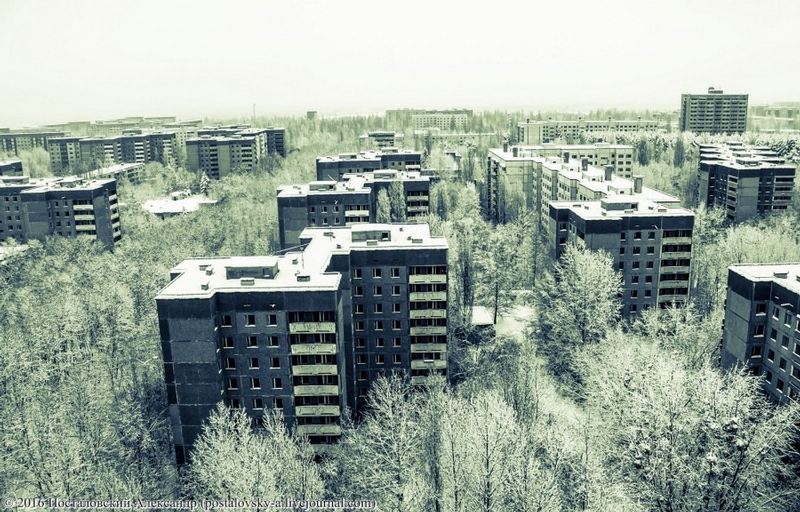 Russian Blogger Alexandr P. is one of the few people (and photographers) who have been on all the tallest rooftops of Chernobyl and made photos of surrounding views from all of them. He says that there is seven in total such buildings all of them are sixteen floor typical Soviet residential complexes, abandoned. He climbed those rooftops during his numerous trips to Chernobyl during different seasons of the year. Because it’s winter now, let’s see the winter Pripyat from a rooftop for a starters, let’s go inside: This is an abandoned Chernobyl factory called “Jupiter”. It produced radio electronic appliances in USSR and of course was instantly abandoned. This is one of the Pripyat neighborhoods. This is a classic view on Chernobyl nuclear power plant but from a distance. Thanks a lot for Alexandr for his awesome photos! His website is below: