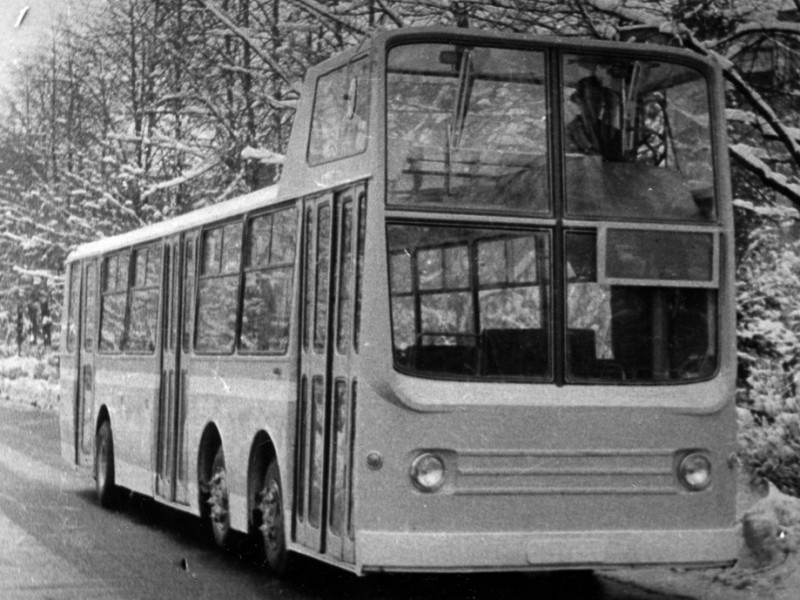 We have become used to thinking about buses as ordinary iron bodies with seats, but some models can be quite curious. These hit the roads during Soviet times, and this type of ride was probably never boring.

Let us begin with the model whose driver sat on the second floor – NAMI-0159, 1972 (in the image above). The bus had three axles and a gasoline V8 engine. It was 30% more spacious than an ordinary bus, but was not produced in quantity. 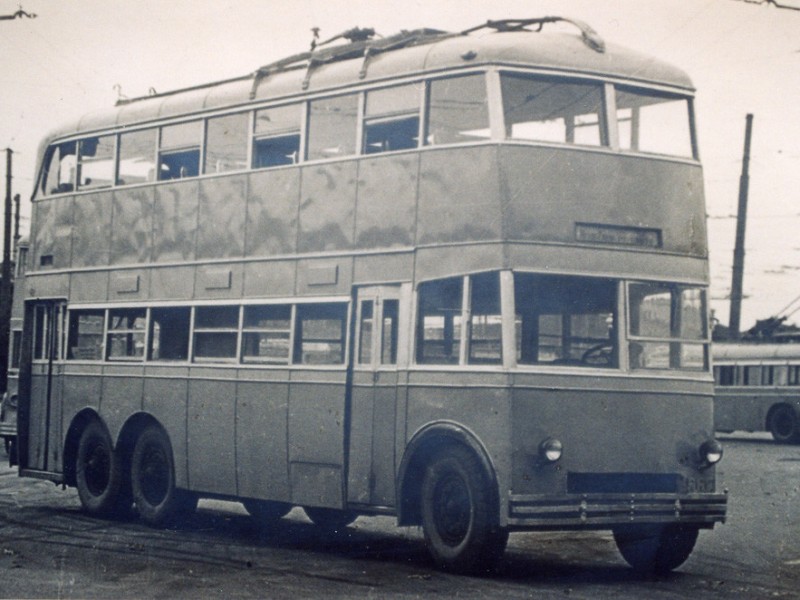 Double-decked buses turned out to be hardly suitable for Soviet roads (some people still remember daily crowding in buses). In the 1960s, Moscow put into operation a couple of German double-decked models as an experiment, but didn’t go any further.

However, in 1938-39, they made ten double-decked trolley-buses YATB-3 – a copy of English Electric. The buses were equipped with 75kW engines. They were hard to drive, so they finally disappeared from Moscow roads in 1948. 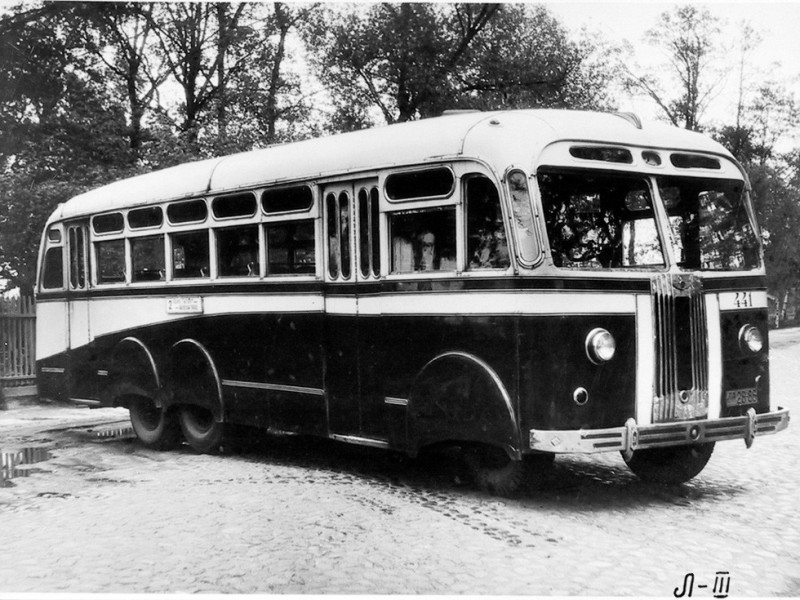 If higher buses were of little use, it made sense to make them longer. ATUL buses started to be produced in Leningrad before the war. They were two meters longer than ordinary buses, and had six-cylinder 73 hp engines. The second non-drive axle at the rear was used to spread the load.

There was also a single pre-war giant YAA-2, built in Leningrad as well. Its length was 11.5 m. It accommodate 80 passengers (52 of which could be seated). It had 103 hp Hercules engine, dual rear axles and mechanical brakes.

In the image above – LIII on the long chassis with the third non-drive axis. 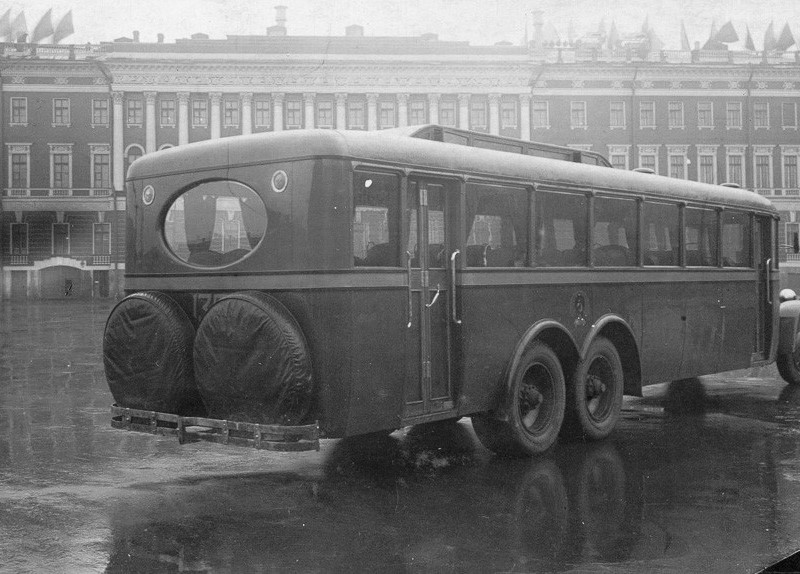 The single giant YAA-2, made in Leningrad. 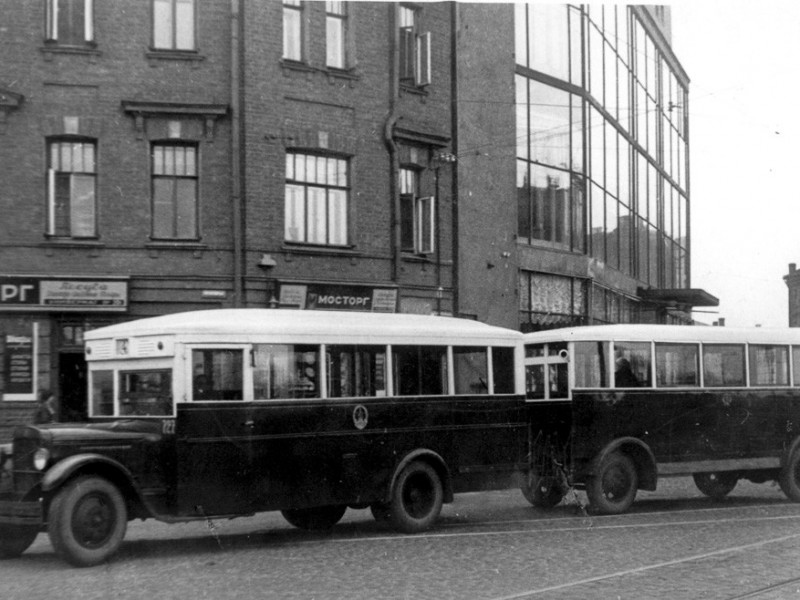 Trailer-buses were cheap and easy. They solved two problems – lack of space and lack of drivers. The country experimented with such buses from the 1930s to 1960s. The main problem was to drive them safely.

In the image above – ZIS-8 with a passenger trailer being tested in Moscow. 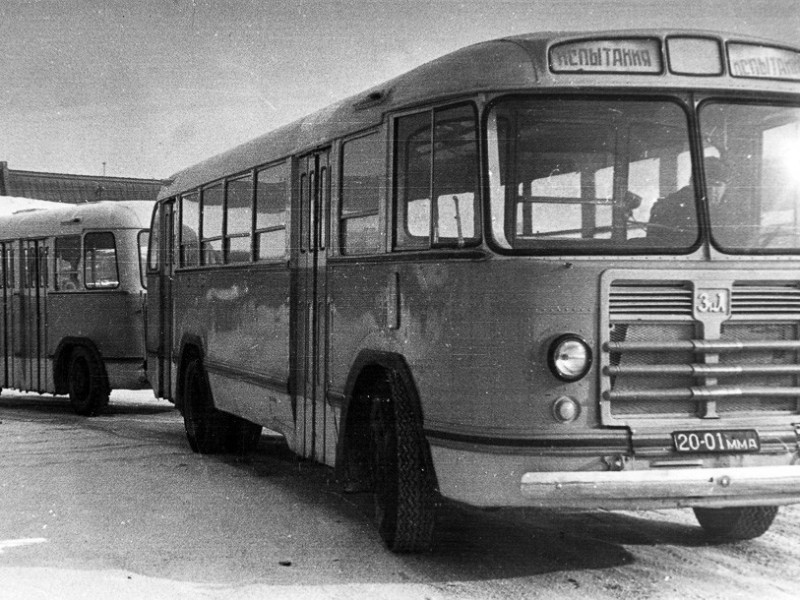 ZIL-158 with 2PN-4 trailer produced by the Moscow factory “Aremkuz”. 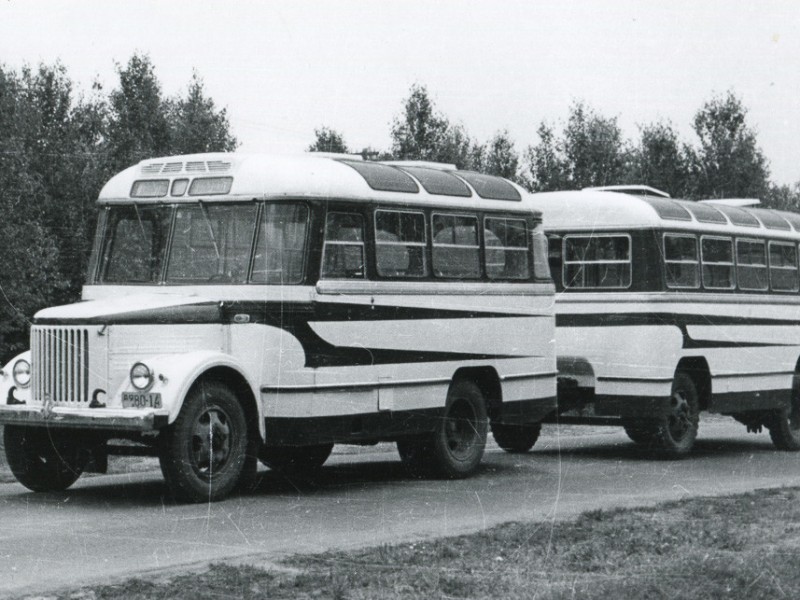 Semi-trailers also made buses more spacious. They were used in airports for some time.

In the picture above – Passenger road train built on the chassis of LAZ-695M. In the image above – trolley-bus TS-1, made in Moscow. Electric cars and hybrids weren’t invented in the XXI century, not even in the XXth. Engineer Ippolit Romanov built an electric omnibus in 1899 (in the image above). The rather eco-friendly vehicle had two electric motors (made by Siemens) for each rear wheel. They even nurtured the plan to start using electric buses widely. They came back to electricity (in a different form though) in 1946. Serial ZIS-154 – postwar model – had a diesel engine with electric transmission. The bus was not produced for long, in general 1165 units were made. A similar structure was used for the four-axis LAZ-360E, 1970. К

In 1958 the Moscow trolley-bus factory presented an electric bus based on the body of trolley-bus SVARZ-TBES, it worked in Vnukovo airport.

In the image above – urban ZIS-16 with a gas generator.

Soviet engineers came up with ideas for alternative engines rather often. In the 1950s they were seriously working on automobile gas turbines (not only the USSR believed in them). A ten-seat (the remaining space was occupied by equipment) bus based on ZIL-127 with gas turbine Turbo-NAMI-053 (in the image below) was made in 1959. That wonder bus with its 360 hp could speed up to 160 km/h! Interesting buses were used for cultural purposes too.

In the image above is “a cabrio-bus” that was being produced up until the end of the 1960s. Such vehicles were mainly built by specialized producers and used in resort areas. Buses based on PAZ-651 were made in Sochi for a long time. A rare bus based on a GAZ-51 chassis, made in Alma-Ata.

A prototype of an open “Gazel” that had been shown at exhibitions in the late 1990s. It’s hard to imagine such buses on our roads today. They even had movie-showing buses! In the 1950s-1960s they were produced on GAZ-51, GAZ-53 chassis at many Soviet factories. Some could even accomodate a club, a library, a shop and even a hairdressing salon! Rather exotic “Kuban” buses were built in Krasnodar. In the list of their products were mobile regional natural history and holographic museums.

Interesting buses were made in Tartu, Estonia (in the image above) – for example, a model with removable seats,which could be replaced with shelves and hangers for clothes transportation. The country where the term “road” always had a controversial meaning, could not get along without all-wheel drive buses. They were in high demand by the military, primarily. Such buses were made on the chassis of the GAZ-63 truck (model APP-66 in the image above). Rather exotic but a bit ugly were army buses 38AS and APP-66, and a bus on the 3-axle chassis of a ZIL-157, only one of which was made (pictured above). The simplest buses representing passenger modules on a truck chassis weren’t always four-wheeled ones. But some of them were coldproof. Modules based on trucks compensated for the lack of buses for quite a long period of time. All-wheel drive is still being used. In some regions of Russia they remain the only means of transportation.

2 thoughts on “Most Unusual Buses of the Soviet Time”