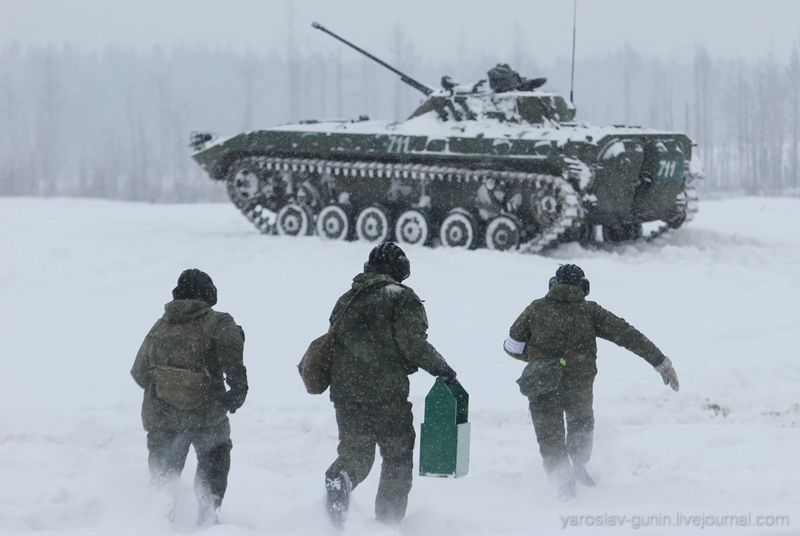 Meanwhile, there is a big drill going on at the Russian Mulino range, the biggest tank range in Europe. Snow, cold weather, no matter what the weather is like, the drill goes on. Its name is “Suvorov’s Onslaught”. General Suvorov was a Russian army man who who never lost a battle, being undefeated in over 60 large battles. Suvorov fought decisively against Turkey and Poland in the days of the Russian Empire. And won. And this is what going on today under his name. Every tank receives 72 shells to fire. The distance to fire is around one kilometer. This is Andrei Suvorov, he has same last name as the renowned Russian general. Receiving orders before the “battle”. Time is crucial. The fastest and the best go further in the drill, the slow ones go back to the warm barracks.