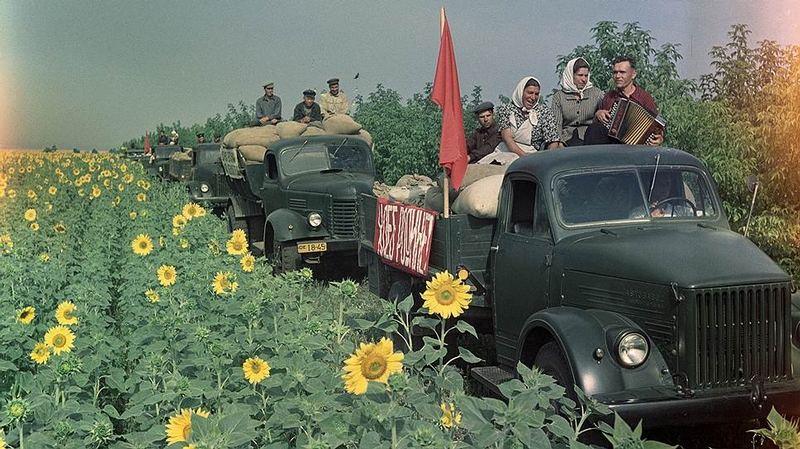 According to the title, this selection of photos should show you free and happy Soviet people. They named it this way, because it was first published somewhere in the middle 1960s in Russia, and a lot of people really were happy after their country was rebuilt after a devastating war, and they were also pretty free, at least financially, not having any house loans, or anything like this. However, it’s up to you decide if these are propaganda photos or true record of the life of the Soviet people of that time.