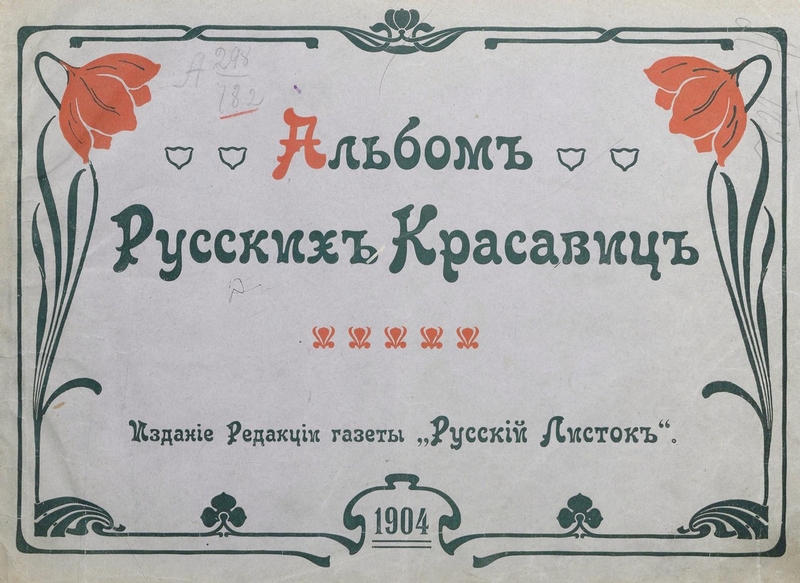 Here we have a booklet called “Album of Russian Top Beauties”. Famous actresses, media personalities and wives of rich men – all gathered togethered. The only catch here is that it was published in 1904, so your perception of beauty and attractiveness might have changed greatly over the last 112 years. Want to test yourself to see if you still find those Russian Top Ladies attractive? Girls from many parts of the Russian Empire are listed – Polish girls and Swedish girls (Finnish-Swedish), Jewish and Ukrainian and even Buryatian (which is indigenous SIberia). Take a look! The second photo is Lady Dalskaia (whoever she was), but the first photo is just captioned by her nationality, “A Georgian”. And now two more ladies with generic names. “A Pole (Poland nationality)” and “An Odessian”. A Ukrainian lady and a Polish lady. An actress and a ballerina. A Belarusian girl and an Actress. A Crimean Tatar and a Ukrainian beauty. A Finnish girl and a Jewish girl. This what the caption says. A Finnish-Swedish girl and an Actress. Those two are Ukrainians from different part of the region. A Cossack lady and a Ukrainian. A “Russian-Romanian” and again a Finnish-Swedish lady. An actress and a Belarusian girl. Here it gets even more complicated. A “Belarusian Jewish Girl” and a “Volga River Girl”. A “Girl from Buryatia” and a girl from the shores of the White Sea. And the last page of the edition contains subscription details for the newspaper for the year 1905.

Hope you enjoyed those pictures.