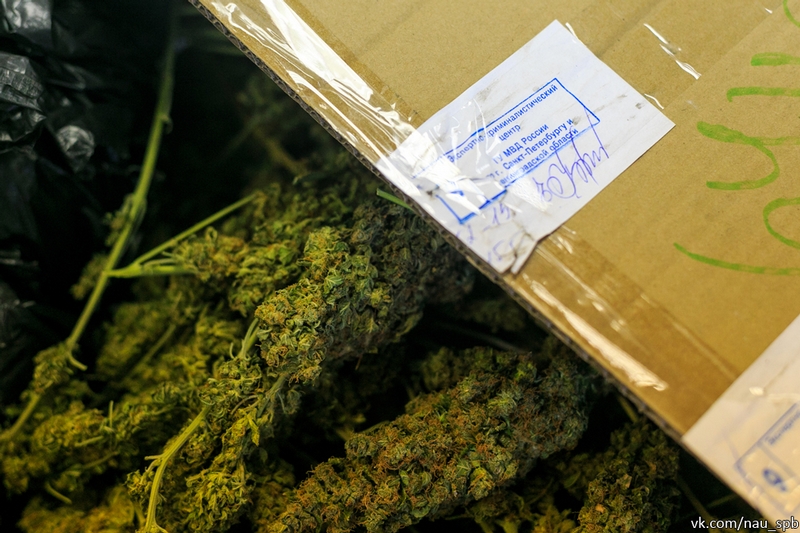 This material is 100% exclusive! Something like this does not normally show up on the Internet.

A group of bloggers paid a visit to the forensic science center of a police department in Saint Petersburg. This institution never cooperates with civilians and mass media, that is why such an invitation is unique both for the center and bloggers.

Forensics is a science about the character of a crime, regularities of its origin, about methods, techniques, and tactics of investigation. Forensic specialists investigate crimes, and the forensic center is all about forensic techniques.

The tasks solved with those techniques are: discovery, accumulation and withdrawal of evidence, treatment of forensically important information, expert research of various objects including physical evidence, scientific management of labour of investigators, experts, and judges. The birthdate of forensic departments of the Russian Ministry of Interior is considered to be March 1st, 1919. This is when the forensics cabinet was created under the Russian investigation department – the first expert institution of the internal affairs agency.

The main principles of a crime investigation are: legitimacy, scientificity, efficiency and economic expediency. One does not work without the others. Timeliness of information is also very important.

In the image above is an expert laboratory of narcotic, psychotropic, and potent substances. The equipment may seem not so modern but it runs like clockwork and does its job perfectly. Currently, a festive atmosphere reigns in the lab – hemp has been recently brought in. The smell is so strong that it can be smelled on other floors of the building. They need to examine the plants that look like hemp and make an official statement. There are many modern narcotic drugs in the market – each has its own formula, when a single ingredient is changed, it becomes another type of drug. You know it’s a drug, but it needs to be proved formally so it can be add to the list of forbidden substances. It takes much time and a lot of work. While experts are working, some Chinese masters invent dozens of new drugs and the story repeats itself.

The drug trade is actually the most terrible street crime now. If they seize a stash, a new one won’t be long in appearing, and they will have to spend time finding it and dealing with its crime again. Red spots on the white stripes appeared as a result of the chemical reaction, they proved the substance to be narcotic. This center is not the final authority and its expertise can be challenged and given for investigation to another center. It’s another lab with instrumental control, it applies modern equipment and computers, the results are given out by machines. Preparation of materials and substances.

All the information is shown on the screen. The head of the department. Now we are done with labs and proceed to auto theft and licence plates. Each day up to 30 cars are stolen in Saint Petersburg. There are plenty of methods to fake license plates. Malefactors use hammers, plywood and even nail polish… It would be very funny if not so sad…

The Russian Standard of number protection is rather old – dated 1993! Technologies have improved a lot since then, and many fake number plates look like real. The department of arson and explosives. Most employees are prohibited to enter, but we are not employees! In the image above are different fusees. Homemade detonators. It’s crazy what terrible offences a man can do! The head of the department. This department cooperates with the military for safe excavation of human remains, medals, artefacts, etc. Hand grenades are still the most popular weapon. What do you think it is? A piece of Lenin’s monument exploded on April 1st. It’s heavy, 8 kg. Those who did it were never found. Elena is the head of the economic crime department. Those documents are about criminals who made heating pipes split in the city. They gonna get what they deserve.