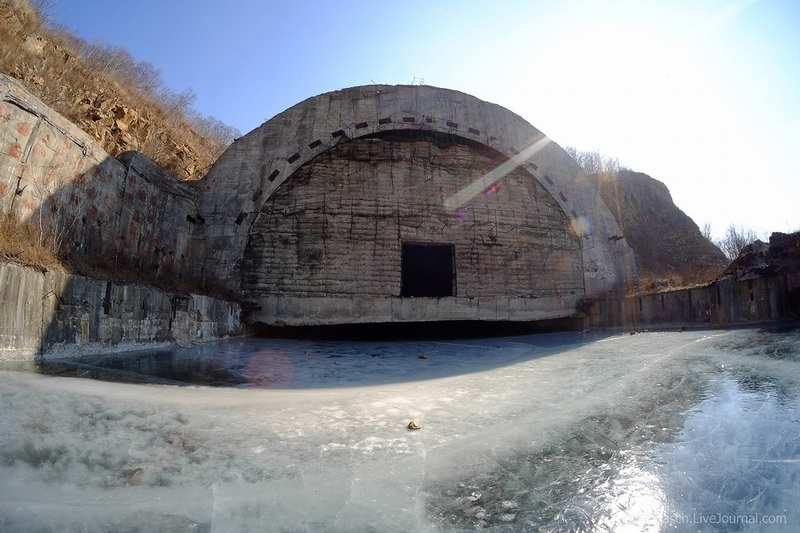 The awesome Russian photographer, Jeka Vasch, has visited an awesome place. It’s an abandoned Soviet shelter for submarines. What makes it even cooler – this place is covered in ice now. A huge underground bay for submarines that can easily host two submarines at once is now covered with a thick layer of transparent ice. Just take a look, it looks amazing.