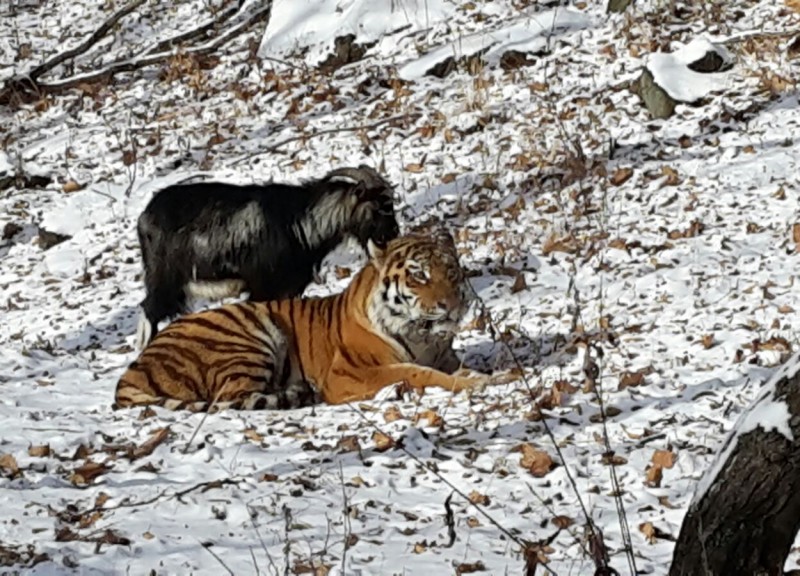 An interesting story is unfolding in Primorye safari park in Russia and thousands of Internet users are watching it. It started with a regular meal that was delivered to a Siberian tiger kept in a park. His name is Amur. So one day Amur got a meal – he often gets live meals – either small rabbits or some other smaller animals, but this time park workers wanted to treat him with a live goat. However, instead of eating it Amur became best friends with an animal that was supposed to become his dinner. Let’s see how it happened and how they get along now. We’ll see plenty of photos inside and even a few videos of them living together and doing all sort of things you would never expect from such a pair! 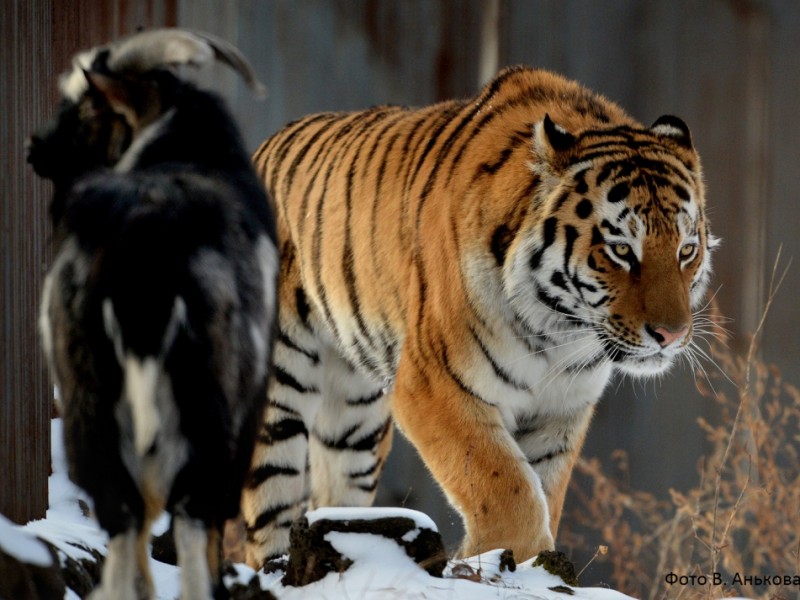 So tigers of this safari park twice a week are treated with live food. Live literary – the one they can hunt down like they do in wilderness. Amur, the tiger, knows how to hunt down goats and rabbits however he preferred not to kill this particular goat because he was very brave. 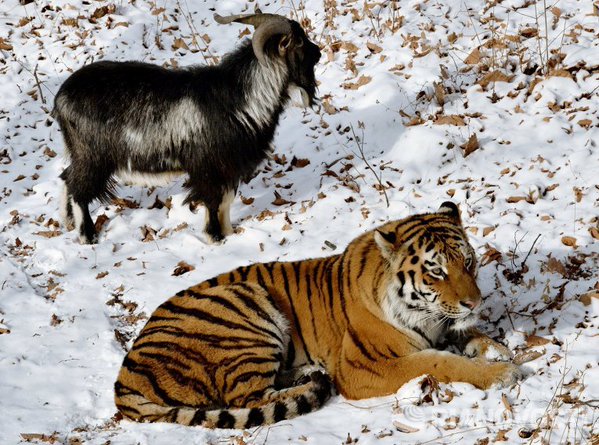 More than that the zoo workers tell the story that the goat evicted the tiger from his “bedroom” and occupied it. Now the tiger sleeps outside and the goat lives inside of the tigers ex house. 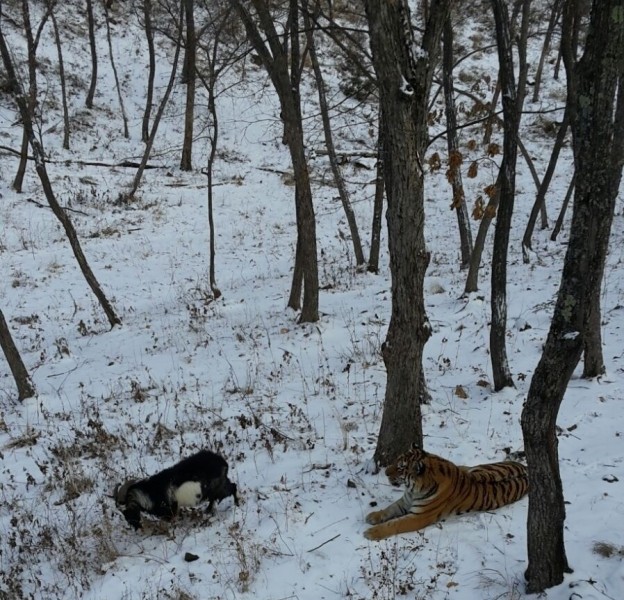 Now they go for a walk together and even get fed together. The tiger never mixes up his friend with his other food he eats and always eats aside from the goat. Thousands of Russian people watch for the updates now. They are eager to see each day what’s going on with this unusual pair. So the zoo workers post updates daily now. For example now they noticed that the tiger protects the goat from people. If people approach the goat, the tiger hisses and acts aggressively. Zoo workers say that they hadn’t noticed such behavior of a tiger before. Also the workers say that each night the goat and the tiger smell each other before going to sleep. 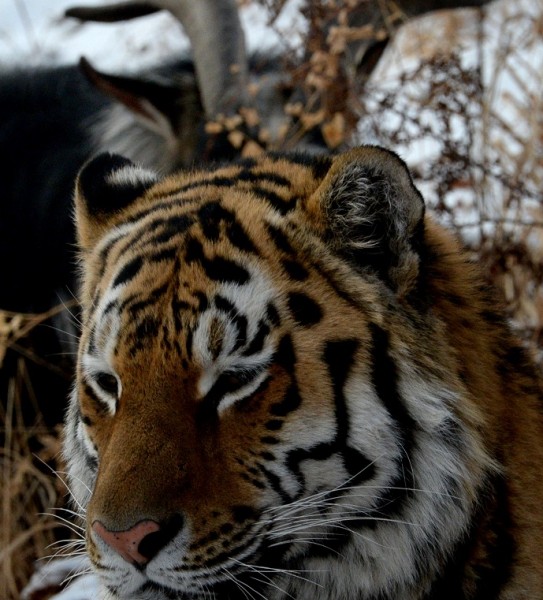 Then each morning they both go to the big park outside for a walk. At first the tiger walks out of their place and then he waits for the goat to join him. Then they go to the park together. 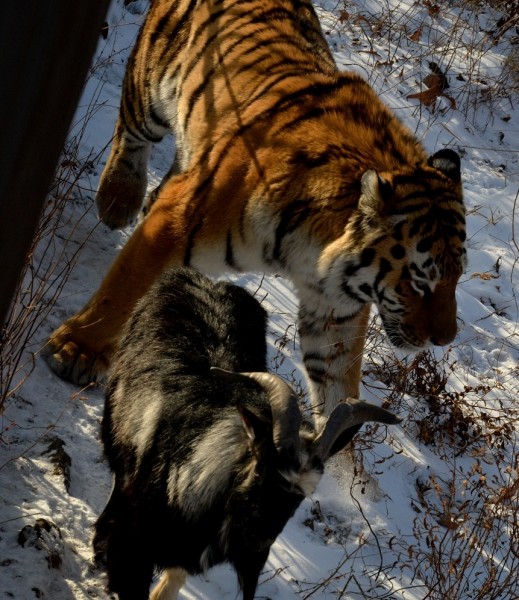 The zoo workers say the animals are always spending their time together. Also the zoo workers are worried about the following matter – next year the tiger is going to “get married” – the zoo wants him to breed with another female Siberian tiger because those are a very rare species and each newborn tiger is a big achievement in preserving their breed. So the workers and the people watching the life of those two animals are a bit worried that the bride of a tiger, a female tiger, might eat the goat. 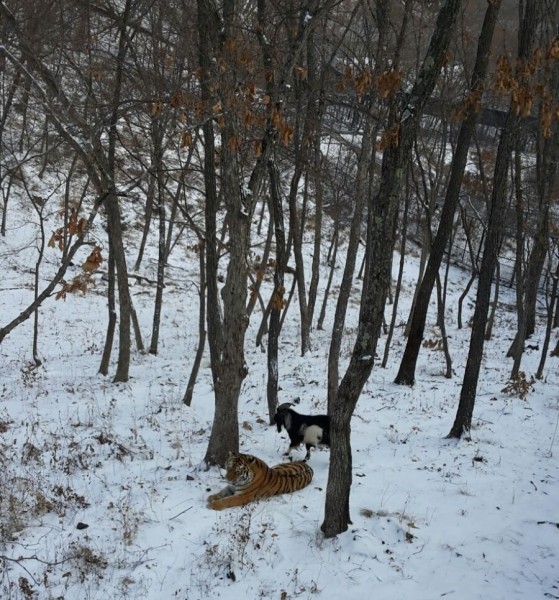 Also, each morning the tiger has a routine to walk around the big park, to mark the trees and the boundaries of his territory. The goat is following him all the time during this morning routine. 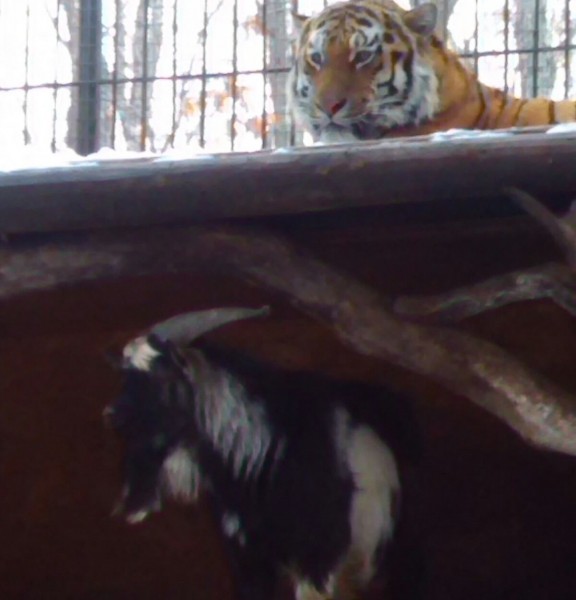 This is a bedroom the goat occupied from a tiger. 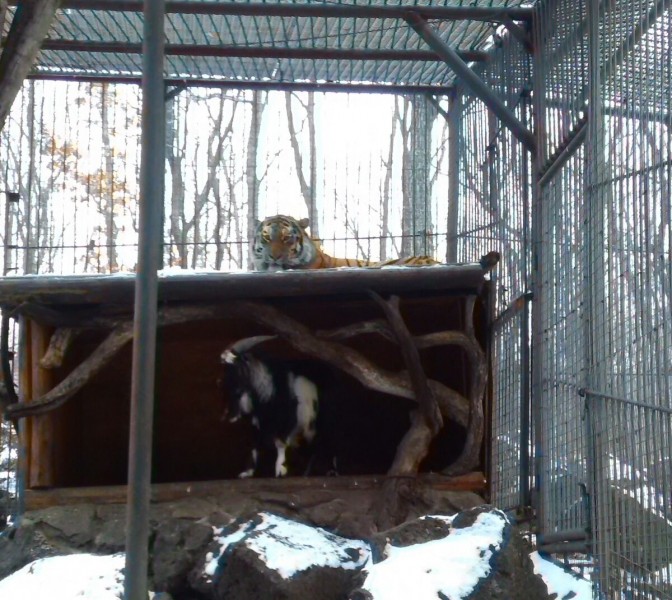 Now he sleeps there and the striped cat sleeps on the roof. It’s also interesting to note that this year is a year of a goat in Chinese, so many think it might be also a cause for such a behavior. Especially knowing that mainland China is just a few miles away. 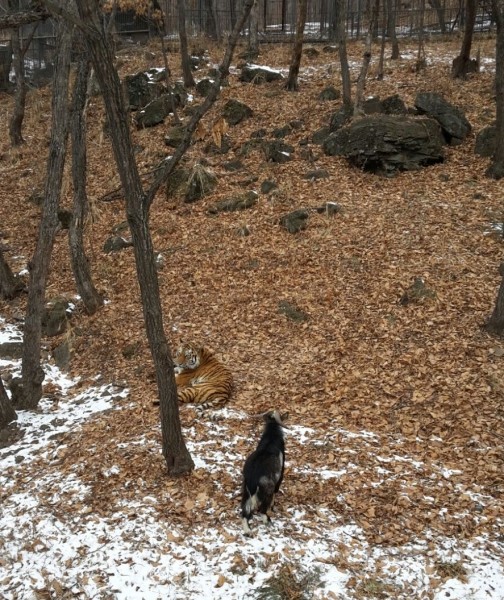 And now the most interesting part, the videos!

Hope you liked the story, as it’s really nice and heart warming! Please feel free to share it around!