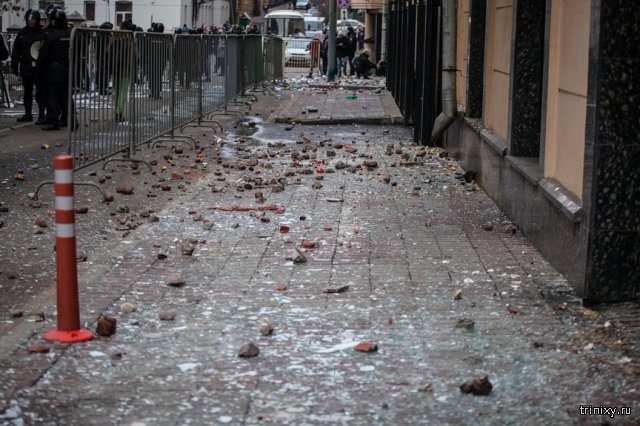 Over five hundred people gathered at Turkish embassy in Moscow to protest and throw stones, bottles, paint cans and even eggs into the building to express their opinion on the recent act of the Turkish air force which downed a Russian jet bomber in Syria yesterday. The embassy building was secured by police who arrived promptly but they didn’t arrest anyone. Let’s see how the building looks after the protests. “Turkey – stab in the back” was the main motto of the event. What do you think?  Is that a righteous protest?