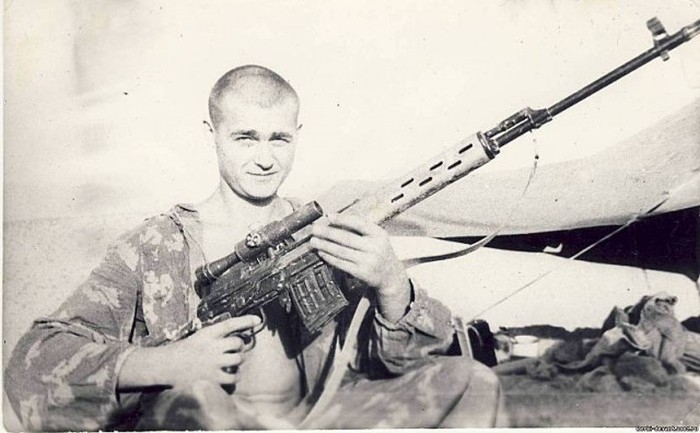 Here is a collection of Soviet snipers in Afghanistan during the Soviet military presence there in 1979-1989. This first guy is a Soviet record holder – sergeant Vladimir Ilyin has shot a Mujahideen chief commander from a record distance of 1350 meter away from his sniper rifle. That’s over one kilometer away or over 4,449 feet! Inside are some more snipers! Hope you liked this collection too!