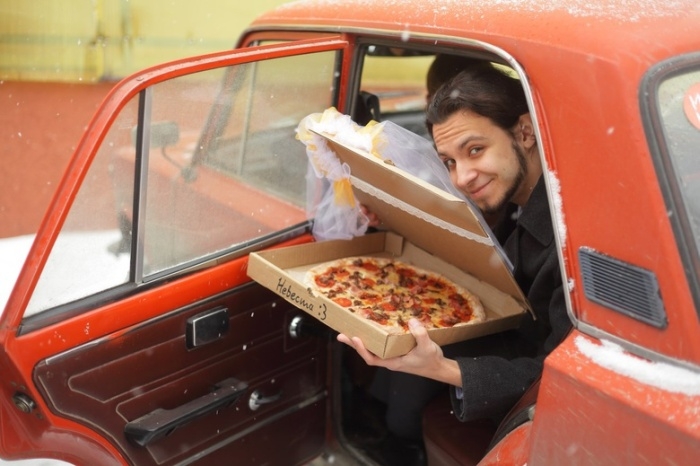 This Russian guy from Tomsk city has married a pizza. He even managed to receive an official marriage certificate and held a ceremony.  Here is his story. So one day a 22 year old from Tomsk decided to marry a pizza. Why? Because as he says “your love for a person is a temporary affection, however love for food is eternal and stays with you ’til your last day”. “Pizza won’t cheat on you and won’t give you up. I love pizza sincerely”. So he gathered his friends, dressed up a pizza box in a bridal gown and even drew a pair of cartoon tits on the pizza box. And then they got married and an official announced that they are husband and wife now. Also a legal marriage certificate was officially presented to him.

It is a secret if he ate her (the pizza) on his first wedding night. Probably yes, what do you think?