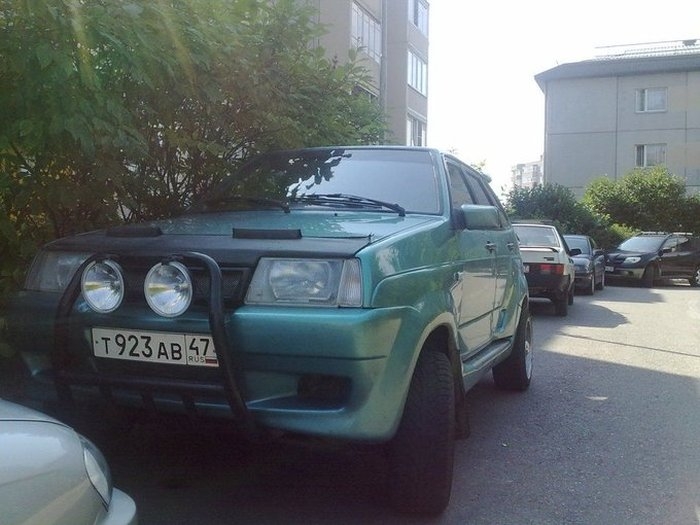 In the 1990s, after the USSR had already collapsed and while the new Russian state was just forming, there were some great projects popping up from old Soviet industrial giants which had been privatized. Some of them were only produced in limited quantities and here is the one such “miracle car” – LADA TARZAN – a Russian take on combining an SUV base with a regular passenger car. Most people seeing such cars on the streets think they are hand made and modified to look like this, however they are factory made cars. They were released in limited quantities and are still available for sale. NIVA provides all of the suspension, the engine, the transmission, etc. The 2109 LADA provides the body and interior components. According to the owners, the car looks good and stands out from the rest of the Russian LADA cars. It’s good off road and in city. There were only 300 such cars produced. Some had four doors – some were “coupes” with just two doors. Some people say they seek out this LADA model and offer double or triple the asking price to obtain it, but they are rarely offered for sale. Here you can see the additional levers to activate off road options in the transmission. And this is a standard LADA NIVA 1.7 engine.

Hope you liked the car!