It is not quiet in the Lyskovskoy district of the Nizhny Novgorod region – loud explosions and growling of military equipment are heard continiously. It is neither a war, not a drill – it’s future engineer corps passing their exams.

They show their knowledge in mine laying and firing, making antitank ditches, dealing with dobies, driving position plotters, multipurpose road machines and diggers. Two dozens of cameras monitor the process. Officers are grading the exams and keeping records of all violations. Such exams are classic. For a good grade these poles should not be touched. Big traction engine. Sometimes it helps the city after snowfalls. The job of a photographer is not always easy. In fact a TNT block is the same bar of soap. It burns well, it can be dropped and held in hands while smoking but everything changes dramatically when a fuse is applied… There are TNT blocks in that box, they stretch a detonator to it. Those very 25 kg (TNT equivalent). It is put into a hole in the ground, when an enemy armoured vehicle approach, the charge will be set off and the vehicle will stop. Forever. On the chest of the soldier is a radio-detonator. Antitank mine is going to be disguised. Pull the cable and all the mice in the neighborhood will fall into molecules… An anti-personnel fragmentation mine is a controlled directed action mine. When the mine explodes, its balls or rolls hit the enemy along the horizon 54 degrees in the sector for the distance of 90-99 meters. The height of the destruction sector – from 30 cm to 8 m. An explosion is initiated remotely by an operator when he sees an enemy in the sector. 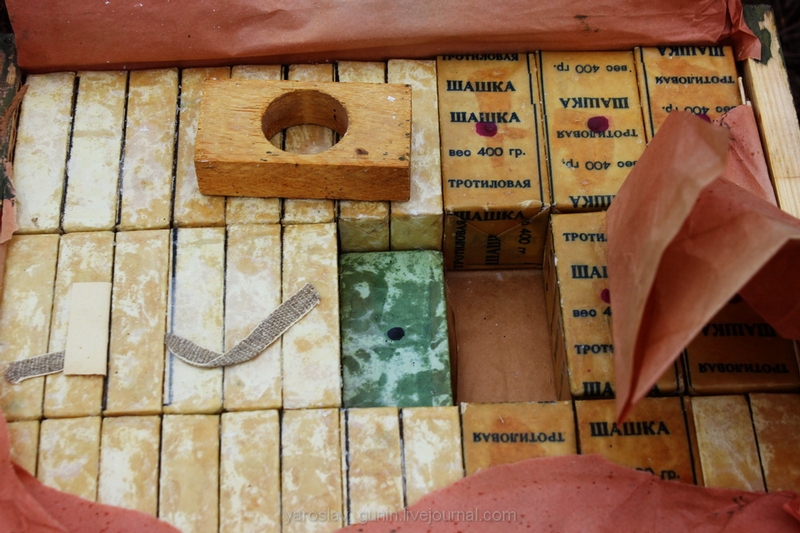 3 thoughts on “Welcome to the Minefield!”