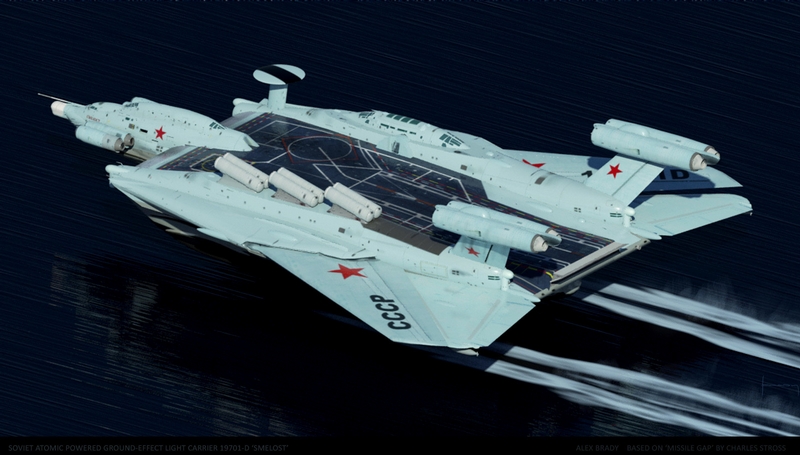 If you are a constant visitor to this site, I believe you already know about Ekranoplans – unique Soviet semi-boats semi-jets which could glide at very low altitudes above the sea and very quickly move troops or equipment or passengers this way. Sadly, not many of them survived and they didn’t go into mass production. However, here is one more interesting project – a researcher tried to re-invent a Soviet idea – a giant Ekranoplan that could carry.. other aircraft, like the aircraft carrying ships of present. Let’s take a look! This is how it was supposed to look. This way it could be a sort of a mothership for many other smaller planes. Unlike modern aircraft carriers, which are slow and very massive, the Soviet Ekranoplan Aircraft Carrier could be very fast and mobile. It could deliver a dozen or more jets to any place in the world by ocean very quickly. It’s hard to say why they didn’t continue with this idea – maybe it was too dangerous, like the TU-144 passenger jet plane – or maybe it was just too expensive to continue the research. However, these photos show it could be an awesome technological advancement for the use of Army and Navy.