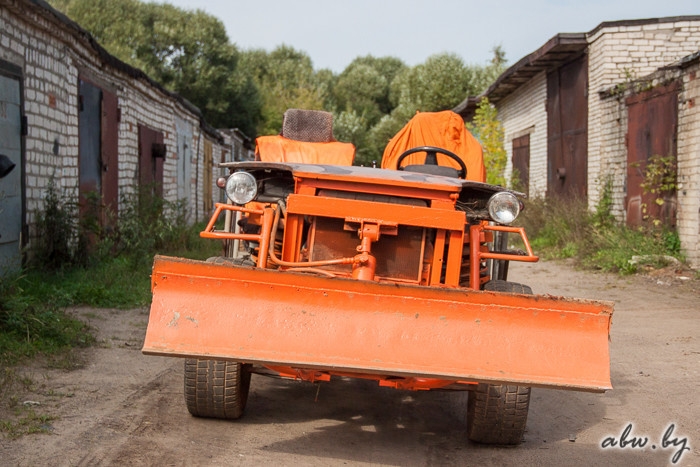 These days when ex Soviet countries fight the recession and decline of their national currencies the hardware and automotive products are extremely expensive. To get a new tractor for a farm for example would require years and years of their income. So this man from Polotsk, Belarus decided to find a way himself. He found tons of different scrap metal things and old auto parts and crafted it all together into a tractor. Let’s see what he got, thanks to his daughter, who brought some publicity to her father’s gains: That’s the man and his “invention”. He says he is has been retired for seven years and had nothing to do. As many other ex-Soviet people he has his small village plot that he loves to work at on his spare time. So two years ago he started to build a mechanical helper for his land. He already used his new tractor to make a road to his house. The transmission here is from BMW, many other parts from LADA. 3 thoughts on “Man in Polotsk Belarus Builds a Tractor Himself”