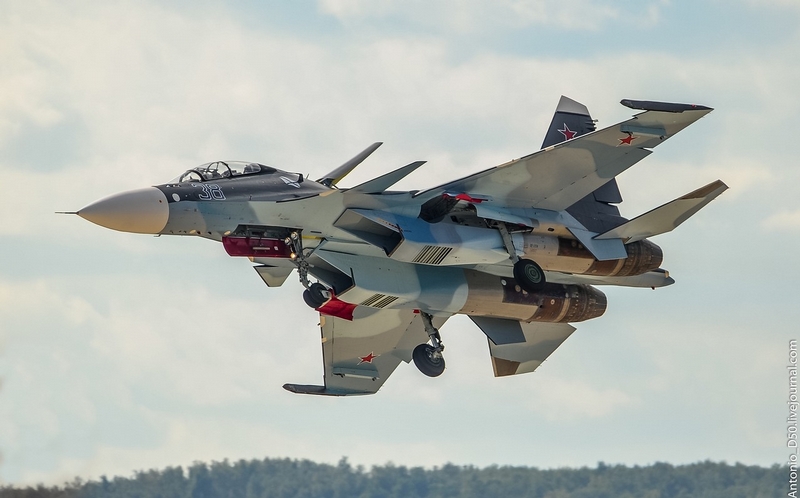 Antonio went to another Russian airshow and made shots of the awesome newest SU-30SM jet with a number “38”. Though SU-30 jets are pretty old, dated back to 1990, they had numerous modifications and upgrades turning them into more modern planes. This “SM” index means most modern upgrade which they received only in 2014. Totally awesome new planes totally different from old 1990 stock model. See inside: Here it prepares to take off. To greet the viewers pilot opens the break flap for a few moments. And now a lift off! Thanks goes to Antonio for another cool series.