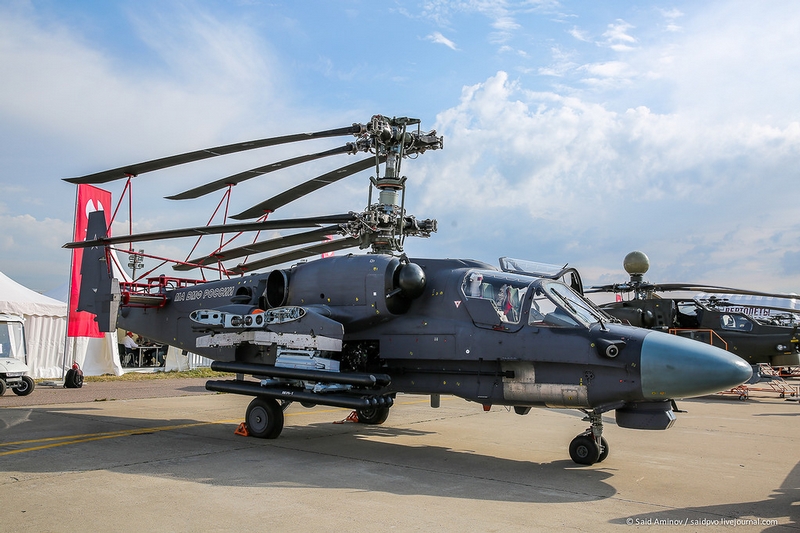 Since they say they move KA-52s to Syria now, these are might be examples of the machines soon ISIS is going to see. Those are newest and most advanced KA-52s copters – KA-52 K Models. They are going to hit hard, and here is why – just take a detailed look on how cool are those. This is the FIRST PUBLIC appearance of those machines, and you are going to witness them first hand too as well: Here is an old man, an important man – a creator and main engineer of KA-52. This man made them happen and look like this. Those missiles are the newest and most advanced Russian anti tank missiles. They are guided by lasers and are fully guided to hit the target for sure. Nato call them “Scallions”, Russians call them “Vikhr” or “Whirlwind”. First KA-52Ks were assembled in the Russian Far East. Those are very advanced machines. From one side there is an anti-tank “Scallion” (from left) and on the right side is an anti tank guided rockets “Spiral-2”. Those are radio-guided. Our photographer got lucky and was allowed to be seated inside the most advanced Russian helicopter yet. He gives it high thumb approval! And thanks a lot to Said for the info!