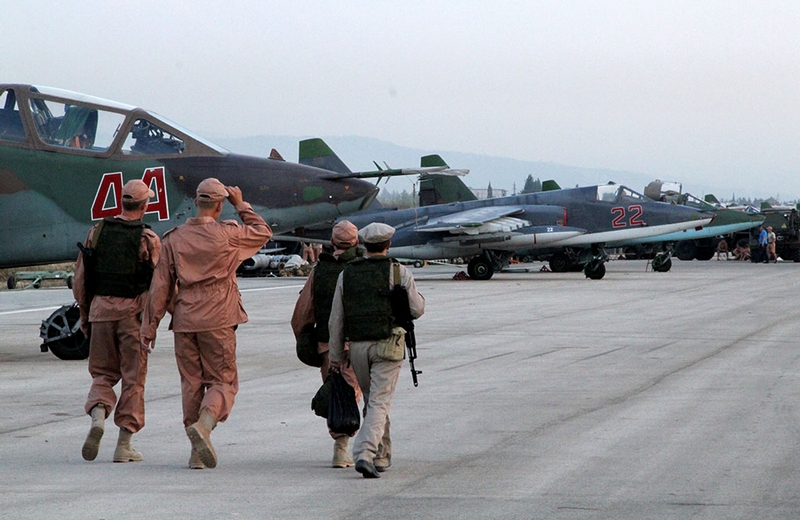 More photos arriving from the Russian air force base in Latakia, Syria. In this set we would be able seeing planes, pilots, some construction going and all etc. All thanks to the Russian journalists starting arriving there. Also you would see one interesting fact – most of the jets participating in bombings have their Russian Air Force markings – the Red Stars – being painted out with just plain gray polygons or circles. On Latakia air field they are urgently constructing new longer runways so that multiple jets can take off at once. Can you see a Russian jet taking off at same time the construction is going on? A pair of Russian SU-25 prepare to take off. And here you can see a Russian SU-24M which has just returned from a bombing mission. This parachute slows it down during the landing. Do you see red star on the jet’s tail? This is a marking of Russian Air Force. What makes it interesting that a lot of jets in Syria have this marking painted off with just plain gray color. Here are some examples: You see this jet has freshly painted gray areas instead of Red Stars. Russian technician officers are all dressed up in special summer uniform. 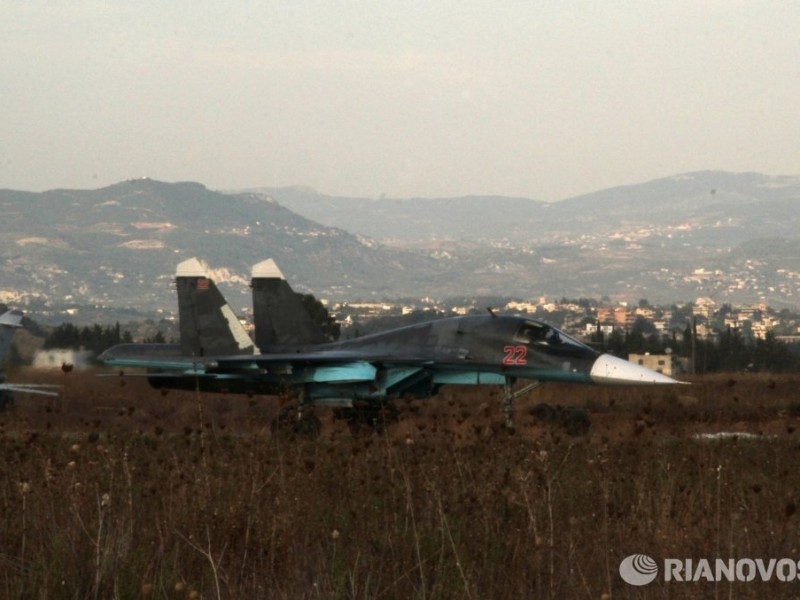 Here you also can clearly see Red Stars have been removed from jet’s tail. Click to enlarge the photo. 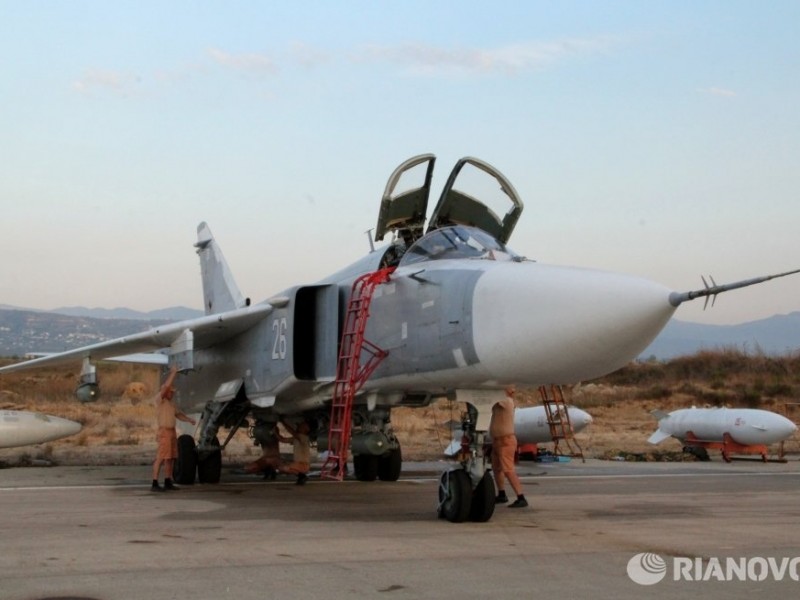 This military jet bomber is on alert preparing for its bombing mission today. Pilots are ready and awaiting a command. Another SU-25 has landed. And this is the newest Russian jet, the SU-34 being inspected before the mission. Another jet without the red stars markings. Food is being prepared. I like the hardwood flooring inside the mobile army kitchen. Some humor being posted in connection of those photos. 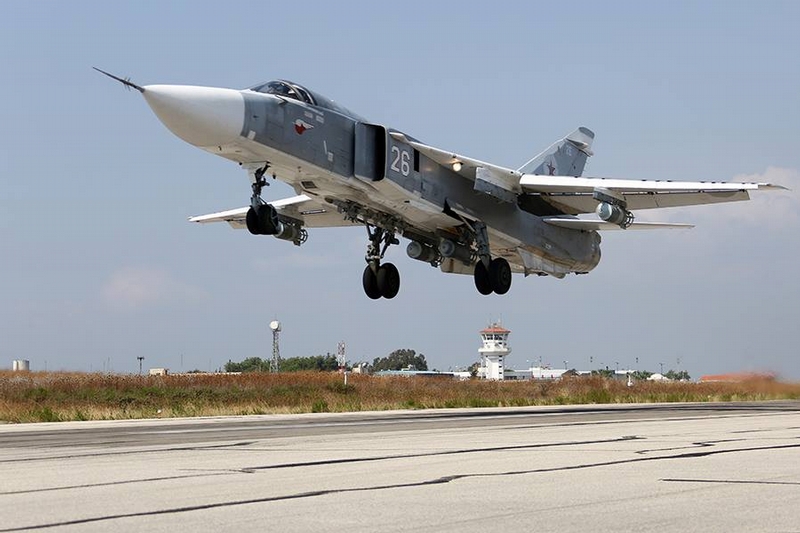 And here is another jet on take off. Now the stars are visible. Another Russian jet taking off – and gray circle and polygons instead of Russian air force markings. Probably for higher security. Also, besides Russian jets this air base still is hosting some Syrian civil jets. Hope you liked this posting! By the way here the jet has a blue freshly painted circle, probably where the star was before.