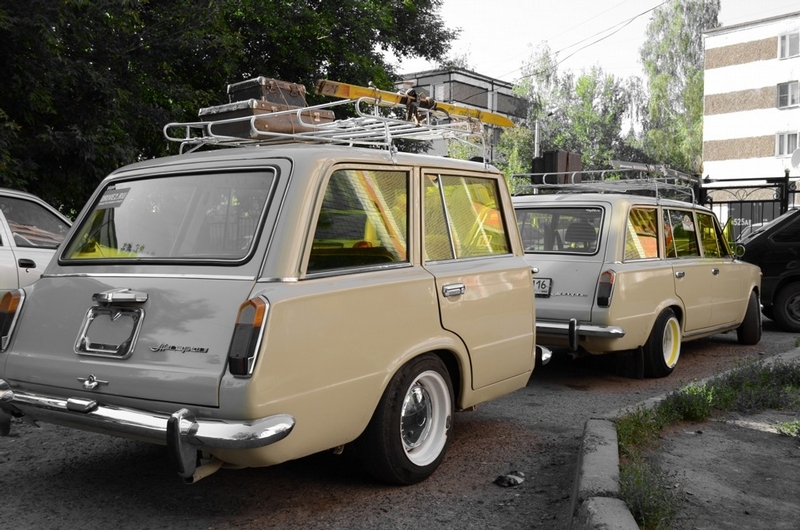 When you like your LADA that much that it seems not enough to just drive one, then you build probably something like this. A LADA and then a piece of some more LADA to tow behind. Meet LADA + 1/2 LADA in a project of Russian designer Ramil. He got this LADA as a present from his Brother and decided to make something cool than just one LADA. Instead of the old LADA engine though he has put a motor from the newer LADA. He wanted to recreate that Soviet look – so he uses that old school rack on top of the roof and carrying different old useless things Soviet people used to carry – old skis, some boxes etc. But instead of old Soviet cars this has a cool addition. A half of another LADA attached to its back. Don’t think its just a trailer for luggage, no! It has comfy passenger seats with a view: Who won’t refuse to take a ride on such cool thing? This car is a constant head-turner on the streets and whenever he goes. Basically the owner says he is going to put in on sale soon, as he has some even more cooler projects to produce!

Hope you liked this car!

5 thoughts on “When One Lada is not Enough”