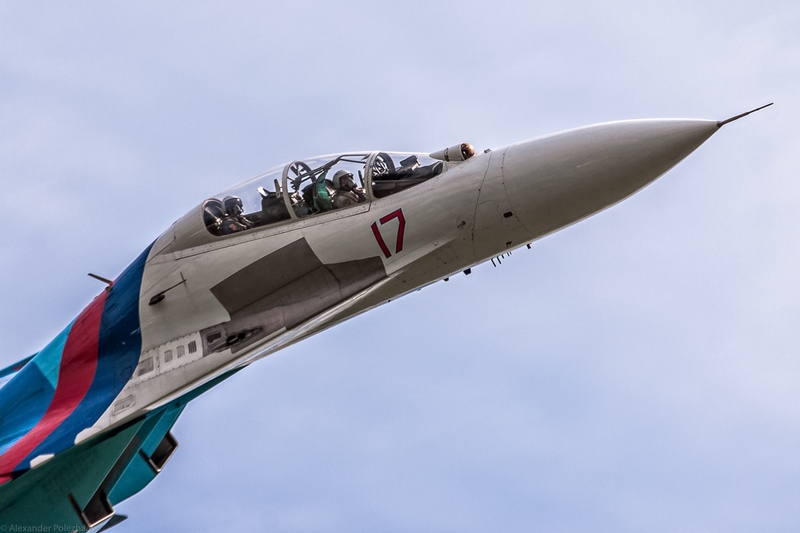 Summer seems to be the season for air shows and military expos in Russia. We had some posts from the MAKS air show earlier this year, and also some from the Nizhny Tagil arms expo, and now thanks to blogger Sasha, who visited Mochishe – the home of another Russian air show in 2015. Let’s see what he got! The first photo on top shows a SU-27 of “Falcons of Russia” squad. This vintage AN-2 plane carries skydivers. Some people came to the show by their own means of air transportation. This MD 900 helicopter has no rear propeller. It sucks air and then pushes it out of its tail instead of having a tail propeller, thanks to that it’s one of the quietest helicopters and is also very secure – it can’t chop anything with its rear prop. Despite being an old plane it was flying pretty high up in the skies. They were also racing. Vintage PO-2 with a girl in a white scarf. And a very old Mi-1 – probably the first of the Mi helicopters series. Hope you liked it and here is Sasha’s website below!