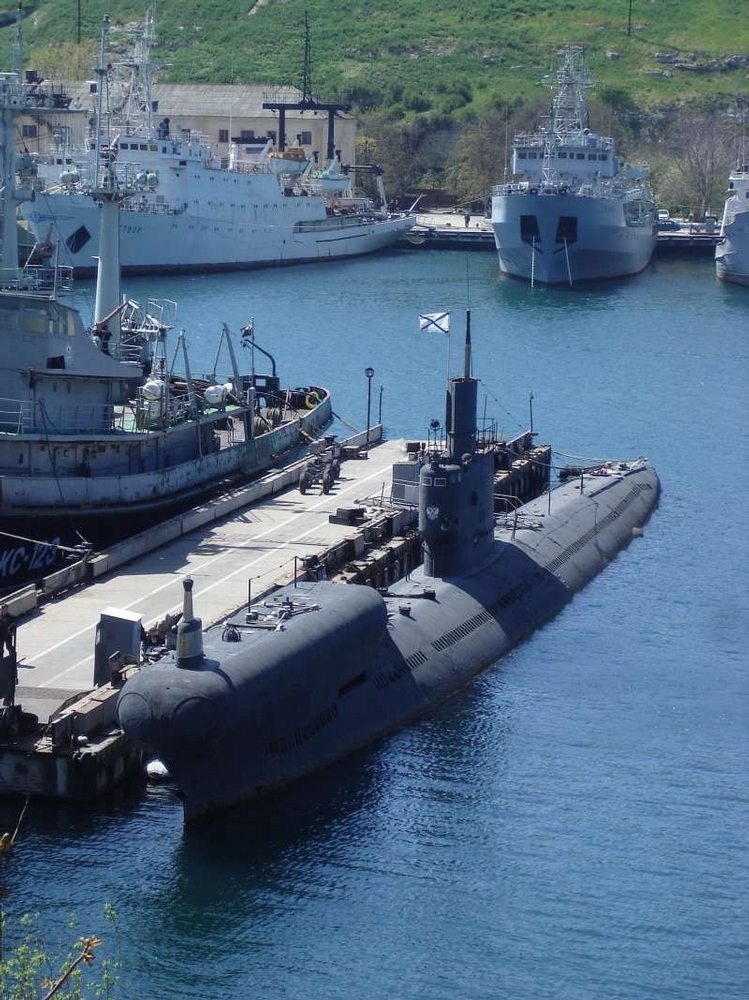 A Russian submarine with two torpedo tubes, with two HUGE torpedo tubes, was produced in the 1950s by Russian Navy engineers. A truly weird creation of Soviet engineering thought – partly beautiful, partly awkward and in many senses unique. It could carry nuclear loads, too. The photos and some description of this interesting submarine is inside! This submarine carried special underwater rockets, “Vodopad” – “waterfall”. It was 533 mm caliber and could carry a nuclear load. It could hit targets up to 50 km away. A few models were made but only one or two were actually equipped with this two tube system. It was widely used up until 1991 but it has been reported that it is still considered to be on active service in the Sevastopol naval base. So here some new photos.