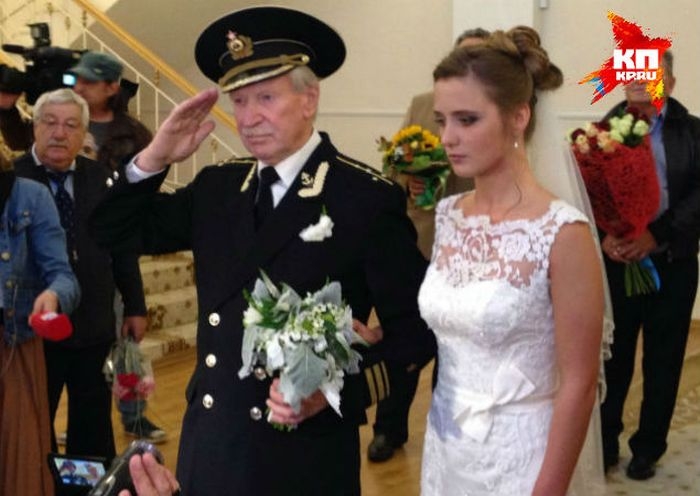 Eighty year old Russian actor, Ivan Krasko, recently married a twenty four year old girl in St. Petersburg. The girl, Natasha, used to be his student. It’s the fourth marriage for Ivan and the first for Natasha. They hired a cabrio to ride around the city after the marriage and then went to Ivan’s villa. Inside are some more photos including their lovely kiss. 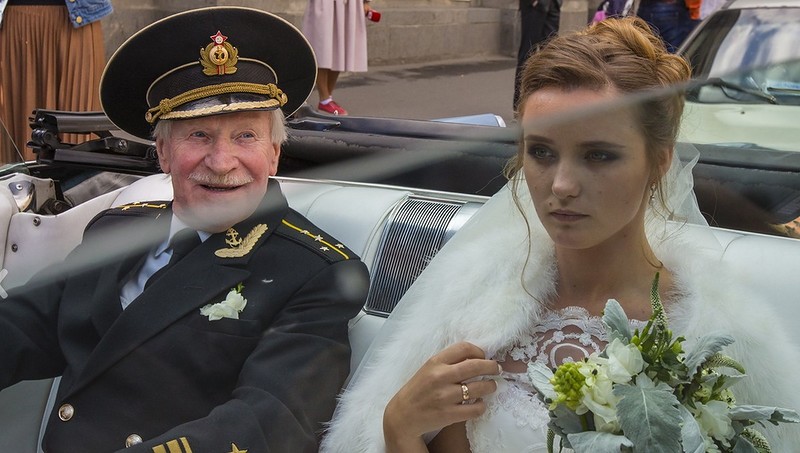 Looking at the photos showing Ivan dressed in an army (or navy) uniform, it’s easy to assume Ivan is a wacko already. 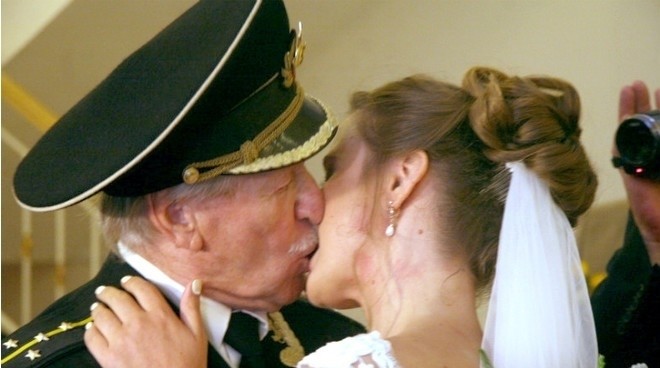 Are you approving of such kind of marriages?