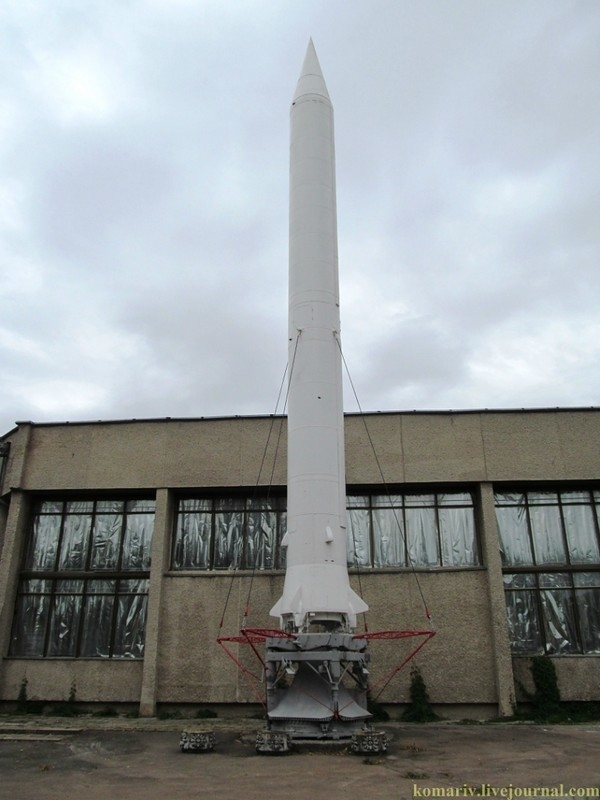 Ukrainian blogger Komariv went to the Soviet Cosmonautics museum and took a few photos of a Soviet R-12 rocket, which was the most mass produced Russian strategic missile. It was first implemented in 1959 and its range is 2,000 kilometers. It carries a nuclear load of 1 megaton of TNT and in the museum it is being displayed on a launch pod. Let’s see some details! So here is the launching pod. It can be used if needed to hold the missile in a vertical position for long periods of time. The red marks the parts that need to be removed before the launch. This archive picture shows the actual scale and size of the rocket. The iron foundation is usually molded into the concrete foundation. And this is a sample of a concrete foundation. This is how its position is fine tuned. Together with old Soviet instructions. It was moved to the museum in 1989 thanks to the Soviet/American peace treaty. Here is a list of names of those who witnessed the process (from both sides). The missile can be rotated so as to point it towards the exact site it needs to be launched at. The base of the missile. It uses a four chamber engine. Here you can see a dismounted engine separately from the missile.