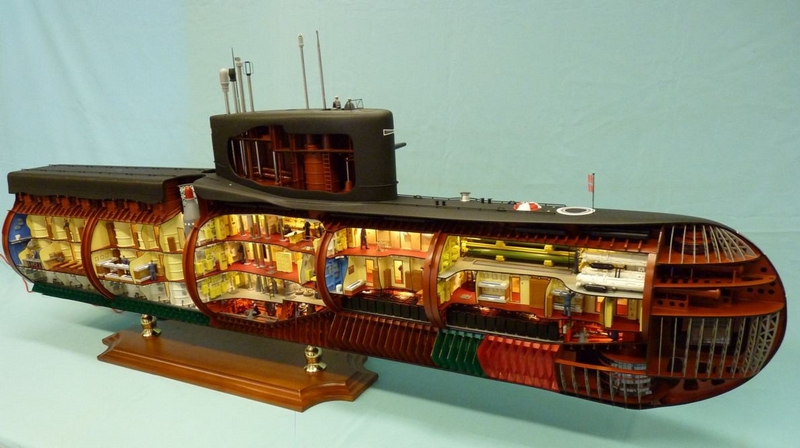 One Russian guy, actually a group of them, were building this huge atomic submarine model for over two years. It is a 1:50 scale model of the actual thing! So the size of the model is over two meters, 2700 mm to be exact (or nine feet!). It has very detailed interiors with figures of sailors and officers. It is illuminated and a pleasure to look at! It is made out of fiberglass. Basically the prototype it is copied from is a huge Soviet nuclear atomic submarine built from 1960s and onwards. 4 thoughts on “A Very Detailed and Huge Atomic Submarine Model”