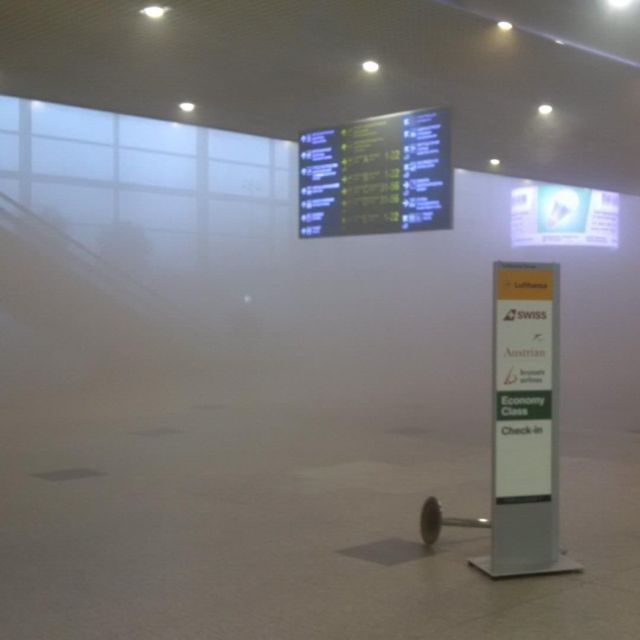 Today, Moscow’s Domodedovo airport looked like it was from some apocalyptic movie – with smoke all over the place and people wandering around with only their silhouettes visible.  The reason for this is a fire during construction works. The smoke got into ventilation system and spread across the huge airport, scaring people. Let’s see inside how it was: Nobody was injured but many flights were delayed as a result of the panic and evacuation of passengers. It took over eleven hours for airport services to normalize the situation. Huge traffic appeared on the roadways leading to the airport and thousands of people were kept outside the terminals. Now it’s all sorted out!