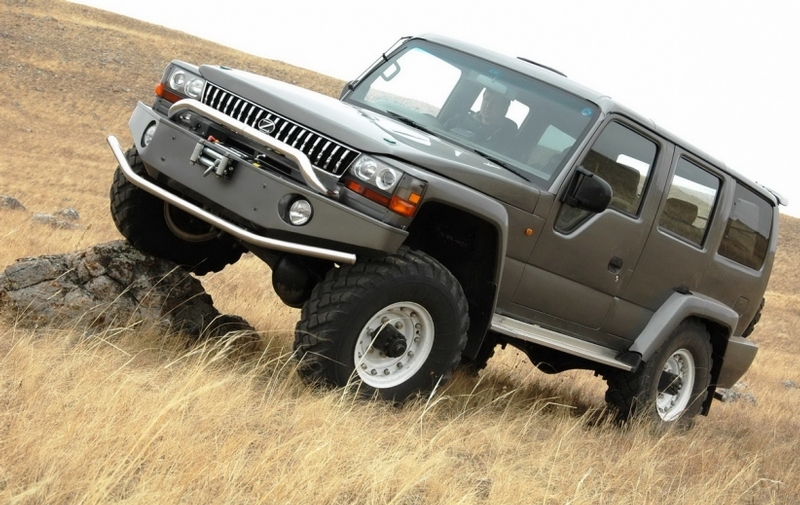 Vyacheslav Zolotukhin from Krasnokamensk Russia has created a unique vehicle – Mega Cruiser Russia. It took him year and a half and the results are outstanding. He took an army truck, a GAZ-66 (you can see its pic on the next page) and converted it into a SUV. A very big SUV, it is twice as big as some of the largest cars in the class, the Lexus LX or Toyota Land Cruiser. Let’s see this giant – and it’s a truly large vehicle – four people can be comfortably seated on its rear seat! 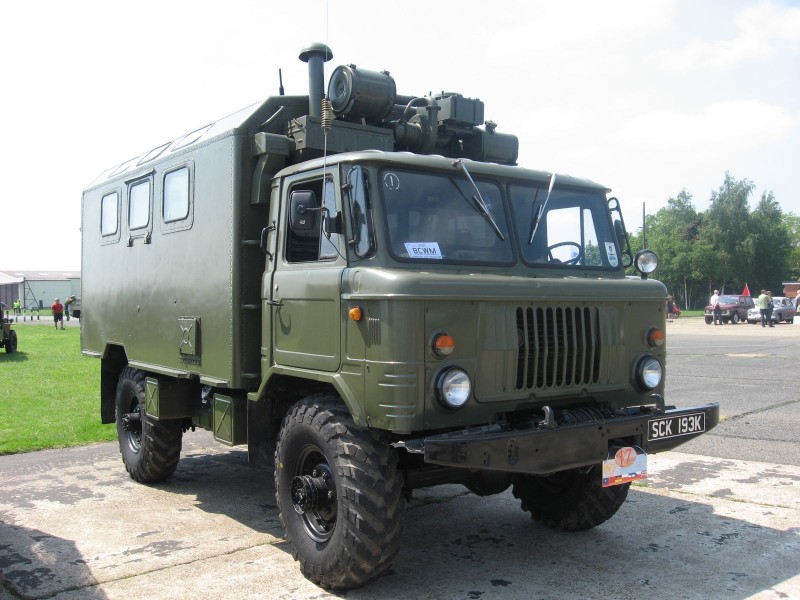 And this is his Mega SUV. The Mega Cruiser Russia car has a 7,5 liter engine. A Japanese Hino truck was the donor of it. Also the Hino truck’s six speed transmission was used. The front grille comes from two Toyota SUV front grilles. The cockpit is from an Isuzu Elf small truck. The interior is from an Isuzu Elf, too. Four people can easily be seated on the backseat! The front passenger seat can be folded to form a table or rotated to face the rear passengers. Hope you liked this car!

5 thoughts on “Giant Russian SUV Converted from an Army Truck”