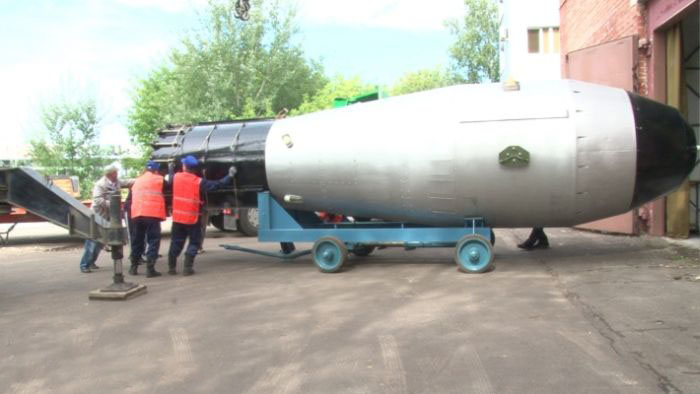 The Tsar bomb or “Tsar Bomba” in Russian, is huge. It’s equivalent to 500 megatons of TNT and is the biggest bomb mankind ever made. See how careful the workers are loading and unloading it from the truck. It arrived after previously being stationed in the nuclear scientists city in the middle of Russia, at a Moscow museum to commemorate the 70 year anniversary of nuclear weapons being made in Russia. Watch the photos and video inside: 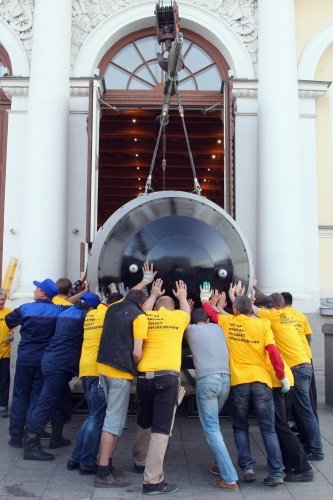 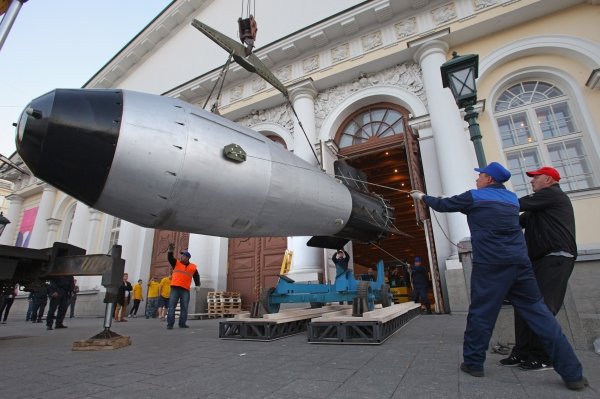 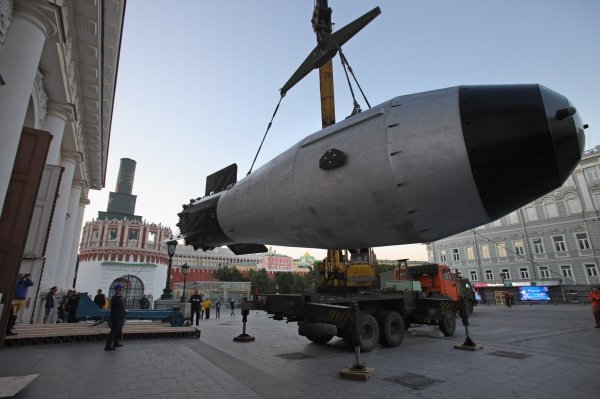 Watch this video below to appreciate its real size: 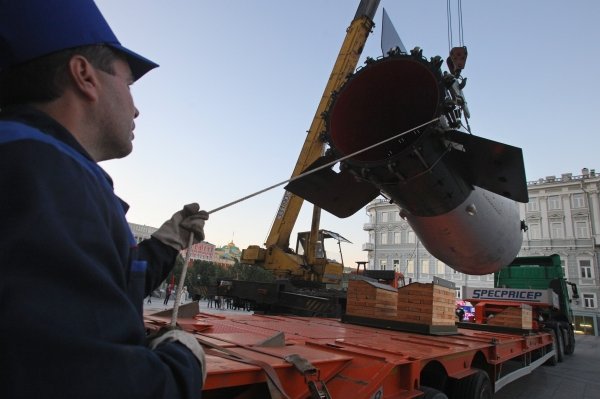 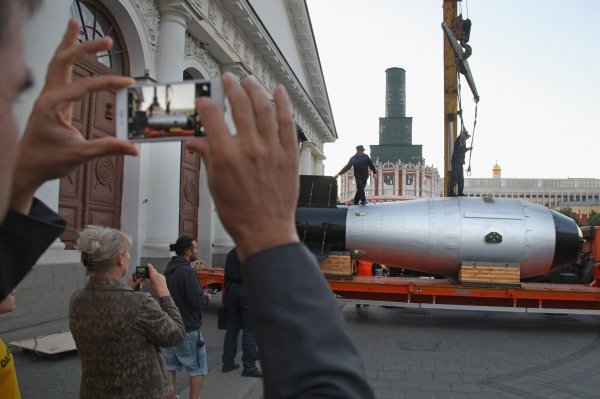 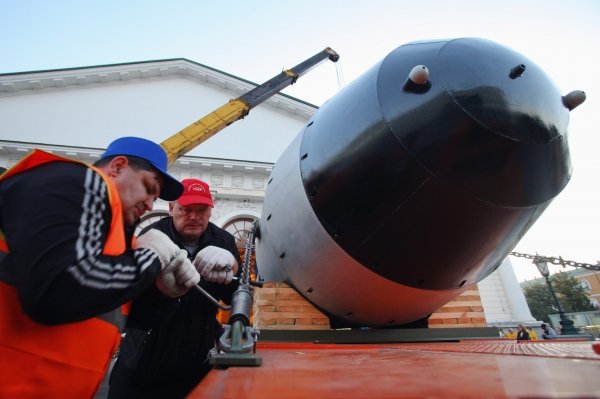 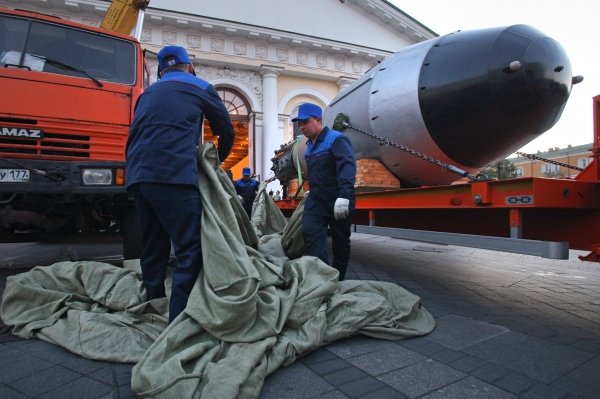 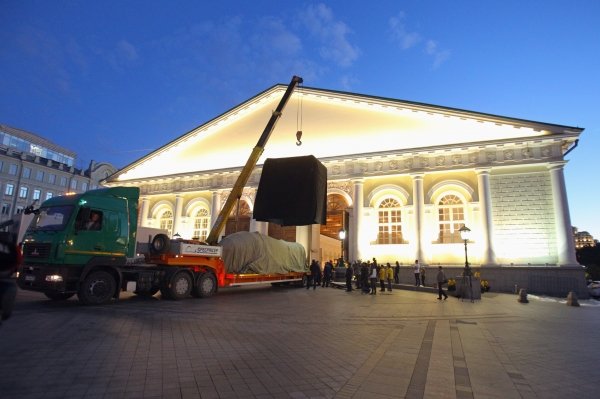 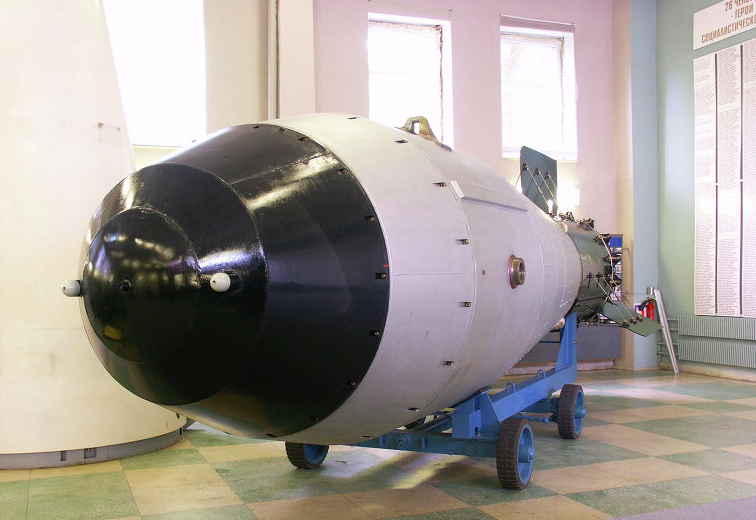 Only one Tsar Bomb was made – this is what the official records say. And the one that was made was detonated in 1961. So this must be a fine replica, sharing probably the same body and elements but not carrying the actual nuclear components.