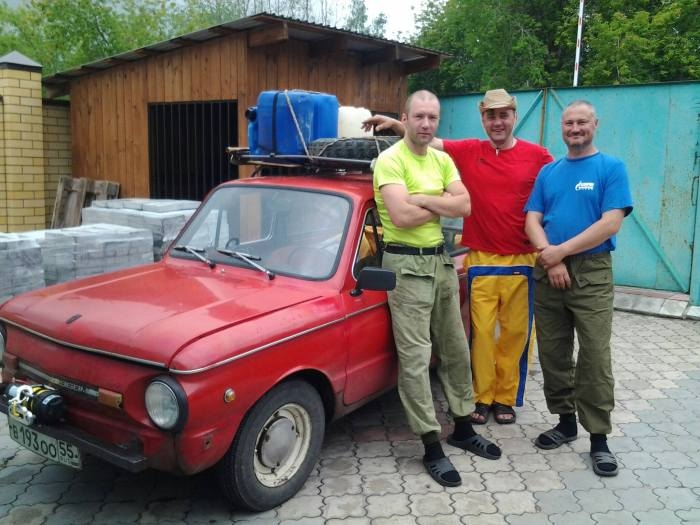 Three Russian guys decided to go on an unusual adventure – travel across Russia in an old Soviet car. Basically, this car was always treated as a parody of a normal car and was always ridiculed in funny stories, etc. It only has forty horsepower and the car’s basic appearance stayed the same from the 1960’s until the 1990’s when they stopped producing them in Ukraine. However it didn’t stop them from taking one of the cars for a journey. So here are some pics. The car proved to be pretty good in off-road conditions – like crossing a river. Not all rivers are created equally – here the car got stuck while getting to the shore. A lot of people they met tried to take a photo on their mobile phones. At one point in time there was a serious problem with the car while deep in the woods. What they did was to build this construction to lift the engine out of the car. So here is a car separate from its tiny engine. They visited different people living in log cabins deep in the woods. The guys carried a welder with them to fix stuff on spot.

Here they had to camp for two or three days while repairs were made. This car is pretty cool, huh! “Went to get some parts!” A wheel fell off! Hope you liked their trip!