This week the remains of a huge sea monster were found by Russian fishermen on the Pacific Coast, again. AÂ similar monster was found a few years ago and it caused a huge debate both on the Internet and in Russian media aboutÂ what the monster could be. And now, a few years later, the new find was discovered by another group of fishermen near Shaktersk city on Sakhalin island – the largest populated Russian island. They say that the length of the animal is over four meters (12 feet). 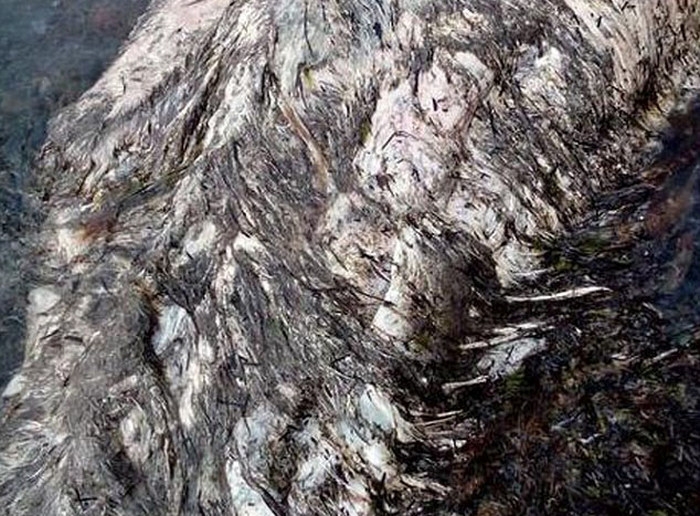 They say it is a land animal because they couldn’t find any fins on the body. It resembles in a way aÂ giant whale, too. However it has a tail and head covered with fur, andÂ it also has something that looks like paws. Also the head might be similar to the ones the dolphins have, however it is not known if dolphins can develop fur on their bodies. Currently the remains are being examined by the local authorities and scientists. How many more mysteries are there in such a huge thing as the Pacific Ocean that areÂ hidden from our view? They say that we have probably discovered only a small fraction of all sea animals, so this one might be one of those previously unknown ones. Probably some sort of a Northern dolphin-like mammal – whichÂ hasÂ fur to help them survive in the colder Northern water but is still a mammal.

Also for those who want to compare it withÂ the monster found in 2006, then here is the link, just click on the photo below, there are plenty of photos: