It’s hard to imagine how photographers did their job during the war, but obviously they had to do it with a gun in their hands sometimes…Thanks to their dedication and courage we can see the horrors of that war today.

Here you can see rare photographs of life at the front and behind enemy lines. 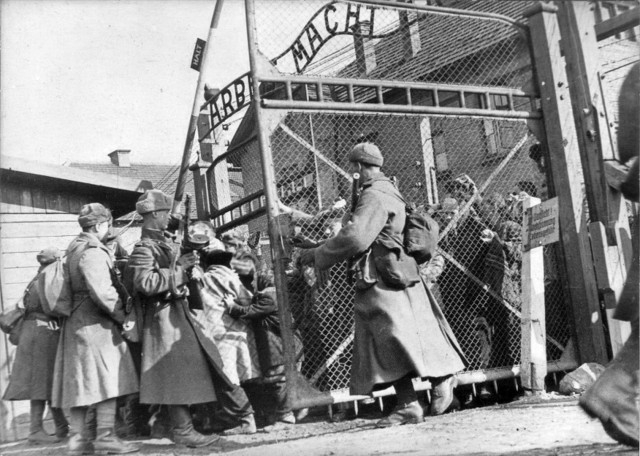 A child on the street of sieged Leningrad under the poster “Kill the German monster!”. 1942. Kolkhoz workers are listening to reports of the Soviet Information Bureau. 1941. Orphanage for disabled children in the rear of the USSR. Children prepare presents for wounded soldiers from the Moscow hospital. 1942. A group of soldiers from the Kalinin Front reading the report of the Soviet Information Bureau. 1942. Children going to school along the street of the liberated village. 1942-43. Woman from the liberated Ukrainian village treats the driver of tank T-34 to a watermelon.

Family meets a Soviet soldier in his native village. Tankers of the Voronezh front have rest. 1943. Medical instructor applies a bandage to the head of second lieutenant N.S. Smirnov. 1943. Horse soldiers of the first Belorussian front in the liberated village. 1944. Squadron-leader, captain Skomorokhov by his pursuit plane, an La-5 in Hungary, 1945. Soviet soldier near 203 mm howitzer B-4 that has just fired at Berlin for the first time. Destroyed German fighters Fw.190 at the airfield near Berlin. 1945.