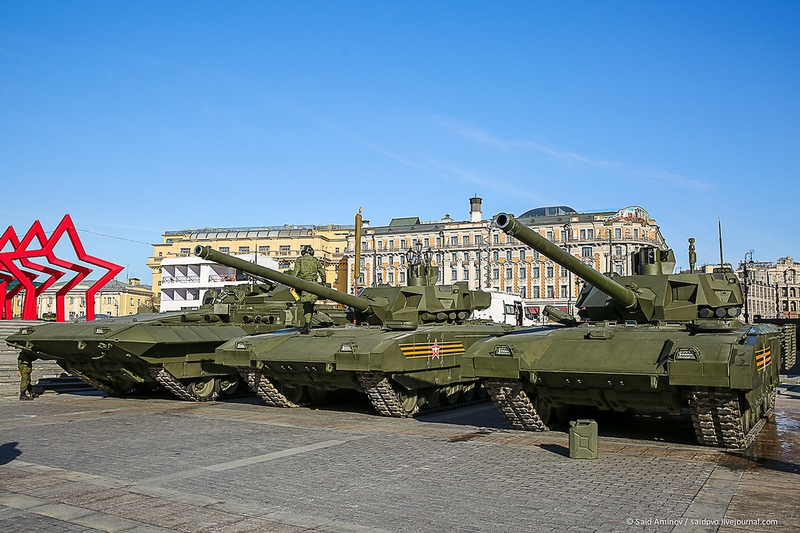 Russian “Armata” T-14, T-15 tanks aroused much interest in the foreign press, being compared to American “Abrams”, many experts say that the new Russian tank has better characteristics than its American competitor.

Its weight is 48 tons, speed 50 mph. It is able to fire up to twelve RPM from a 125 mm gun at different types of munitions including guided missiles.

The tanks are equipped with a radar to detect incoming threats and destroy them with a rocket.

The weight of American “Abrams” varies from 65 to 70 tons, its maximum speed is just more than 40 mph.