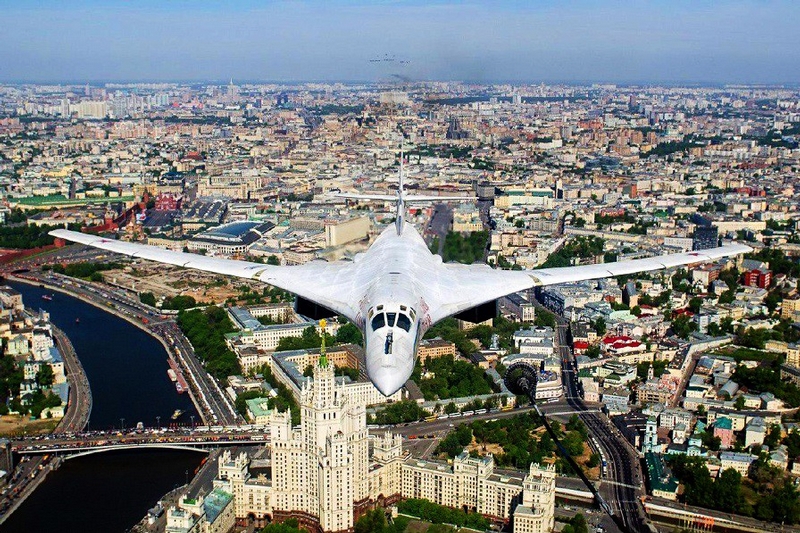 Tu-160 aircraft has a thirty year lasting history throughout which it was repeatedly modified and redesigned, but the upcoming modifications seem to be the most significant. The legendary missile carrier will get new avionics soon. This post covers the most important flights and modifications of this powerful aircraft Tu-160. The story of Tu-160 began in the mid 1960s to accept the challenge of the USA that was about to create strategic bomber B-1(project AMSA (Advanced Manned Strategic Aircraft). Tupolev and Myasischev experimental design bureaus both created their own versions of the future aircraft by the early 1970s. About 800 different companies participated in creation of Tu-160. The first flight of the prototype model was on December 18, 1981 at Ramenskoye airfield. In foreign press, the aircraft was first covered in November 1981, the vehicle was called a “white swan”. Low wings of the aircraft could change the sweep from 20 to 65 degrees, so it could fly in a supersonic mode. To impress American pilots Tu-160 once flew with three activated engines instead of four. 34 Tu-160s had been produced before the collapse of the USSR, 19 of them were used in Ukraine. In April 2006 they got new and more reliable engines. According to the NATO classification Tu-160 was named “Blackjack”. Tu-160 is one of the most comfortable military planes. It is the largest and most powerful supersonic aircraft with a variable-sweep wings in the military aviation, also the heaviest combat aircraft in the world. Newly modernized aircraft will be able to hit targets with flying bombs, use space satellites for communication and they will also have improved characteristics of point fire capability. By 2020 the air forces of Russia will have got ten aircraft with the Tu-160M modification. 12 thoughts on “The Story of Legendary Aircraft Tu 160”