Su-27SM2/SM3 is a Russian multi-mission jet fighter of generation 4+, deeply modernized model of fighter Su-27. Su-27SM(3) when dealing with air targets is almost twice more efficient than Su-27S (its predecessor), and tree times more efficient when it deals with ground targets. It has a more reliable airframe and its take-off mass is three tonnes higher than Su-27 had. New and modernized equipment Su-27SM2/SM3 are provided with allows to use new missiles of “air–to-air” and “air-to-surface” class for extended operations. Due to the new complex of countermeasures the aircraft may be used in conditions of intensive opposition to enemy air defence assets. The new modification is provided with a complex informational system that improves its operational and technical characteristics. 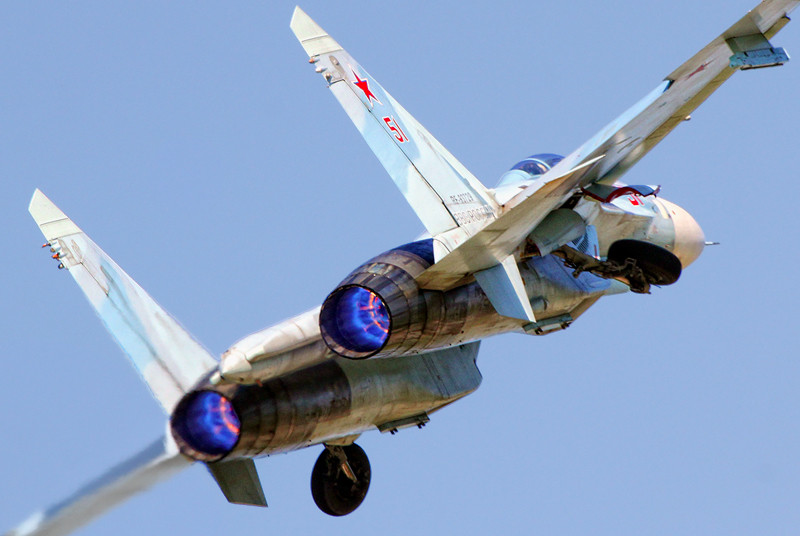 The cabin is fully made from glass and has four multifunctional indicators, such measure allowed to deny old thirteen-arrow-indicators. The new complex of communication provides reliable protected connection with command centers and between aircraft. 3 thoughts on “New Modifications to the Su 27 Fighter”