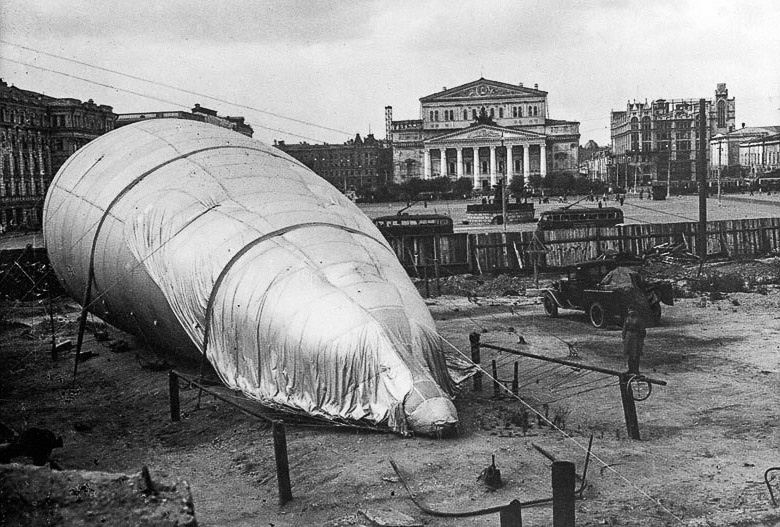 After the hardest year 1941 the following 1942 gave a respite to Moscow, it was slowly coming back to peaceful life. The enemy was pushed back 100-250 km away from the city.  Air attacks didn’t bring heavy destruction anymore and air-raid warnings didn’t occur every day.

The main problem was hunger and shortage of essential products like soap. Moscow citizens could celebrate the Easter under control of NKVD.  “Dynamo” stadium began to be used for sports competition again… Guards of the Moscow sky. Air defence on the roof. Machine gun mounting on the roof. Easter celebration in the cathedral. Sadder but wiser: the year 1941 showed they had to prepare for winter in advance. Subway station serves as a shelter for women with children. The enemy was not torturing the city anymore but the barricades were not removed. Captured aircraft.  A Henschel 126 at the exhibition. In the museum with exhibitions by Moscow artists. At the Telegraph Agency of the Soviet Union.

Thanks to blogger Ilya Varlamov aka zyalt for the photos!