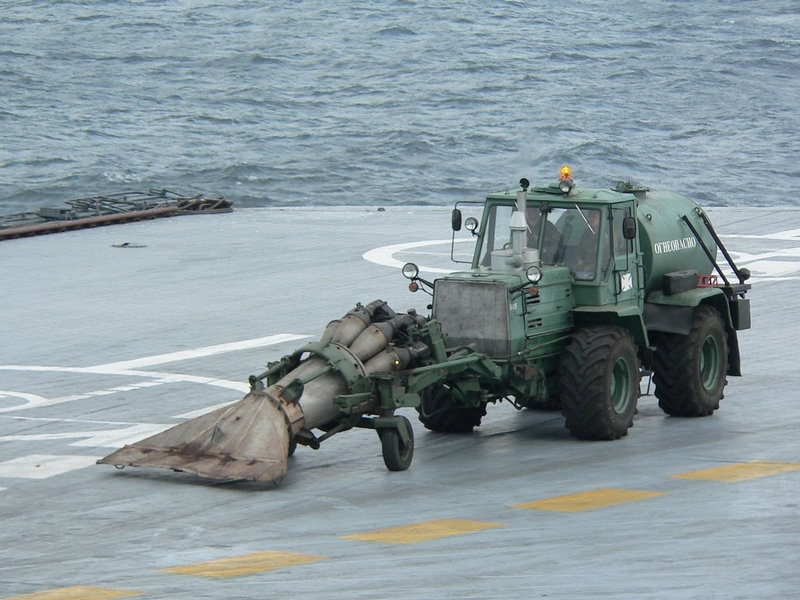 Aircraft carrier “Admiral Kuznetsov” is famous not only for having aircraft and helicopters on its decks, but also for it’s special vehicles. We can say it’s the only ship of the Russian naval forces with a “garage” aboard. This one is a thermal vehicle TM-59. The same one is on the first image. There is even a boat in the hangar. Fire-fighting vehicles are, of course, necessary too.