Novoshepelichi village used to be a densely populated place (3000 people). During the first days after the Chernobyl catastrophe on April 27, 1986, the radiation background here was equal to 110-130 mР/h. But the citizens were evacuated only on May 3. They stayed there for a week!

The village had a school, a house of culture, a library, a cafe, a boarding school and a kindergarten. A woodworking plant, a sewing studio and a fire station were there as well. Among those who lived in Novoshepelichi were builders of Pripyat. Blogger zametkiev paid a visit to the abandoned place to take these interesting photographs. “Plan is the law, obligation is honor”. The dormitory with a shop and an administrative premise. Once a group of stalkers were detained in this place by police. One may even live here, at the base, the room has beds and the roof is dry. This image in summer would not be possible, everything gets overgrown. Install the windows and live… Do I have any letters? The only five story apartment building in the village. Way back to Pripyat. 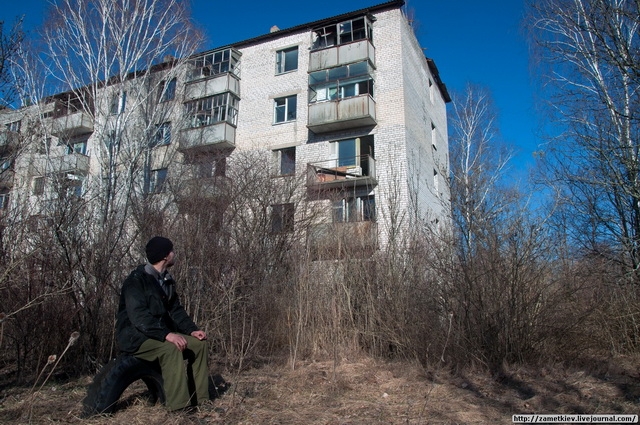 2 thoughts on “A Village In the Chernobyl Exclusion Zone”